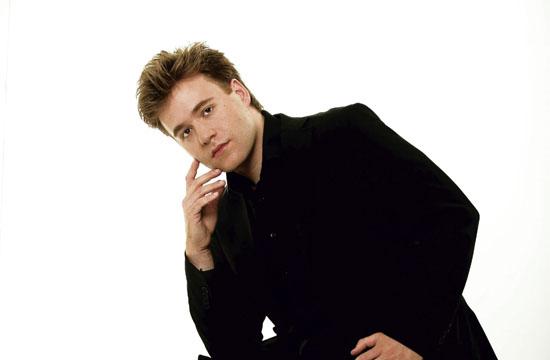 The performances are Saturday at 8 p.m. at the Alex Theatre in Glendale and Sunday at 7 p.m. at UCLA’s Royce Hall in Westwood.

LACO commissioned the work for LACO’s Assistant Concertmaster/soloist Tereza Stanislav, on the occasion of her 10th anniversary with the Orchestra.

Also featured on the program are Beethoven’s Symphony No. 2 in D major, Op. 36, noted for its humor, depth, power and vitality, and Elgar’s virtuosic Introduction and Allegro for Strings, Op. 47.

Wallfisch, hailed for his versatility as a composer of both film scores and classical works, describes his new piece as exploring the violin’s “extremes as a lyrical instrument and fiery virtuoso machine.”

“LACO are one of the very finest chamber orchestras in the world and we’ve carefully crafted the programme of music to take the audience on a journey,” Wallfisch said. “The concert begins with music from one of my home country’s most important composers – Edward Elgar, we then move on the world première of my new violin concerto with the wonderful Tereza Stanislav, who celebrates her 10th anniversary as Associate Concertmaster of the orchestra this year, joining us as soloist; then we finish with one of the great works in the orchestral repertory – Beethoven’s 2nd.”

As performing musicians, Wallfisch said LACO members aim to bring the most vivid and powerful musical experiences to its audiences.

“In this particular concert, that is perhaps heightened by the orchestra’s size: the chamber orchestra makes the experience that much more personal – with fewer musicians on stage than a symphony orchestra, it’s a little more intimate,” he said. “The works by Elgar and Beethoven are some of the greatest ever written for that size orchestra. I would also hope the audience will enjoy being present at the ‘birth’ of a brand new piece. It’s always wonderful for me when, after having spent months writing a large work such as a concerto, we come to the moment when it goes from being inside my head to being something in the air which everyone in the hall can be part of.”

Wallfisch said he moved to Santa Monica at the beginning of 2010.

“I just love the place and as soon as I was able to find my own apartment, I decided to make the move from London,” he said. “As a creative person, it’s a wonderful environment to be in. I still regularly travel back to London for various projects, but it’s always wonderful to be back near the beach when I’m writing.”

Wallfisch was appointed associate conductor of The English Chamber Orchestra at the age of 22 and has guest conducted the London, BBC and Sydney symphonies and the Los Angeles Philharmonic, among others.

He is also an Emmy-, Ivor Novello- and multiple World Soundtrack Award-nominated composer who has worked on 29 feature films, collaborating with directors including Terry Gilliam, Thomas Vinterberg, and Lars von Trier.

Tickets for this weekend’s performances are priced $25 to $110, which may be purchased online at laco.org, by calling LACO at 213.622.7001, or at the venue box office on the night of the concert, if tickets remain.