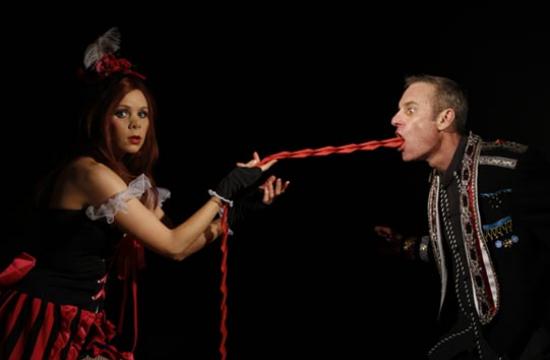 “Smoke and Mirrors” — a heartfelt comedy-drama with mind-bending magic — has been extended through Dec. 31 at the Promenade Playhouse in Santa Monica.

Created by and starring noted actor (Gray’s Anatomy, Desperate Housewives) and magician Albie Selznick (a lifetime member of Hollywood’s Magic Castle), “Smoke and Mirrors” is a semi-autobiographical, fantastical coming-of-age story about a boy who uses magic to escape reality and face the world after the death of his father.

Selznick takes the audience on his healing journey while enlisting the assistance of Trix (a life-sized rabbit), The Oracle (a giant talking orb), and Harry Houdini’s wife, Bessie.

Performances are Saturdays at 8 p.m. and Sundays at 7 p.m. at The Promenade Playhouse, 1404 Third Street on the 3rd Street Promenade in Santa Monica.

There is a special New Year’s Eve show on December 31 at 8 p.m. There are no shows Thanksgiving weekend, November 24 and 25.

Tickets for all performances are $34. To purchase tickets or for more information, visit www.smokeandmirrorsmagic.com or call 800.595.4849.