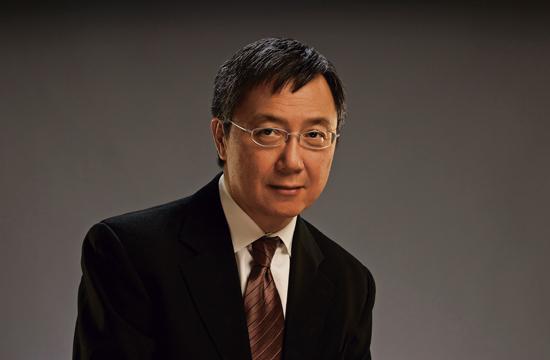 Santa Monica College is a premier public community college with about 30,000 students. At the helm is Dr. Chui L. Tsang, who has been serving as superintendent/president since February 2006.

During his tenure, Dr. Tsang has made a major impact on Santa Monica College, bringing fiscal stability to the institution; fostering cordial relations among all constituencies at the college; establishing an open and inclusive management style; and building relations with Santa Monica City Hall, the Santa Monica-Malibu Unified School District, and other local and regional organizations.

Active in the community, he serves on the Santa Monica Chamber of Commerce Board and The Madison Project Board (a nonprofit serving the SMC Performing Arts Center), among others, and has been a speaker at the UCLA Anderson School of Management and the USC Rossier School of Education.

Under his direction, the college began a long-term planning process to ensure financial and institutional stability.

In addition, he is leading the college through millions of dollars in further improvements over the next few years, including a quad and $120 million Student Services Building project.

Dr. Tsang’s global citizenship vision is being brought to life on campus as a pioneering initiative to instill in students the opportunities and responsibilities of living in a global community.

Dr. Tsang, who started his higher education at a community college and went on to earn a doctorate in linguistics from Stanford University, has had a long and distinguished career in education, workforce training, economic development and nonprofits.

While at San Jose, Tsang led the college on a $200 million-plus construction boom, funded primarily by voter-approved bonds in 1998 and 2004. Under his leadership, a strategic planning model was developed and the college’s transfer mission was reinforced.

Prior to his post at San Jose, he served as a dean at the City College of San Francisco and as Executive Director of Career Resources Development Center, a vocational training and employment agency approved by the California State Department of Education.

He has taught at Stanford University, De Anza College in Cupertino, and San Francisco State University.

Californians passed Prop. 30 on Nov. 6 with a 54 percent majority. What does this mean for Santa Monica College?

The passage of Prop. 30 means that SMC will not face any mid-fiscal year cuts in 2012-13 so we will not be forced to eliminate 500 course sections in spring 2013. In the longer term, Prop. 30 brings us a measure of fiscal stability.

Times are still tough for Santa Monica College. What financial issues is SMC facing despite the passage of Prop. 30?

Although Prop. 30 puts the brakes on SMC falling off a fiscal cliff, we are not receiving any additional funding.

SMC has experienced a 12 percent reduction in state funding since 2008-09, and Prop. 30 will not restore that. Because SMC receives approximately 80 percent of its funding from the state, we are inextricably tied to the health of California’s economy.

If and when the state’s economy improves, we are hopeful we will see an improvement in our state funding level. Meanwhile, we continue to have a small structural deficit (about $4 million this fiscal year) that we will work to begin reducing in 2013-14.

With these issues, how does SMC’s financial situation compare to other community colleges across the state?

Despite the financial blows of the past four years, SMC is financially healthier than most community colleges in the state, thanks to sound fiscal management and revenue sources that include nonresident tuition, grants, and donations.

This has allowed us to protect our mission and to avoid any layoffs or reduction in hours of our core work force.

Nevertheless, we have had to cut approximately 1,100 class sections since 2008-09 and been forced to turn away hundreds – if not thousands – of students at a time that a quality higher education is desperately needed to ensure California’s economic health and recovery.

SMC’s winter program was reinstated Tuesday after it was canceled in September. How was this decision made?

Yes. California voters demonstrated that they recognize the importance of educational opportunities in this state and are willing to pay higher taxes at a time when the state still struggles with a recession. For that, we thank them.

At SMC, we plan to honor the faith that voters put in us by continuing to do all in our power to provide educational opportunities for as many students as we can and to develop their talents so that the Golden State remains strong and innovative for generations to come.