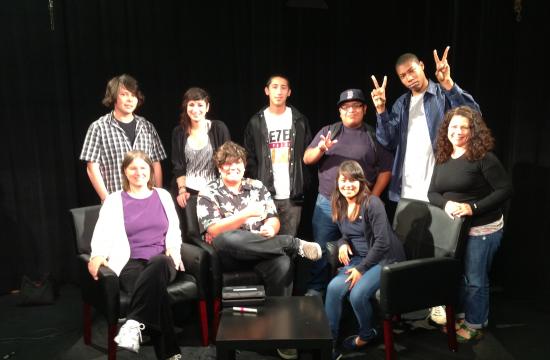 Shana Johnson and Erica Cuyugan were selected to join 30 other staff from libraries across California to participate in the professional development initiative held Sept. 21-26, 2011 in San Jose, which was sponsored by the California State Library in partnership with InfoPeople.

In addition to completing a six-day intensive leadership training institute, Johnson and Cuyugan each received $5,000 grants and committed to year-long projects in collaboration with local organizations that expanded library services to at-risk Santa Monica youth.

Johnson partnered with Upward Bound House’s Family Place, a transitional housing shelter in Santa Monica whose goal is to eliminate homelessness among families with children.

Over the course of several months, Johnson led a series of literacy-based story and craft programs for youth and helped students gain access to online homework help resources provided by the library. Additionally, with support from the Friends of the Santa Monica Public Library, she brought Santa Monica Public Library’s summer reading program to Family Place for the first time, where children and teens redeemed their hours spent reading over the summer for prizes.

The majority of Johnson’s grant money was used to update and revitalize the reading corner at Family Place, which now includes new books and educational toys and materials that support the youths’ recreational and educational needs.

The class culminated in a unique opportunity: Students filmed and produced their own cable show, “Voices of Santa Monica,” at CityTV’s new Studio 16.

To prepare for the show, students received technical training from CityTV staff on how to function as a camera crew.

The class filmed a total of six shows and interviewed an author/historian, a formerly homeless woman, a cross-dresser, a dancer, a detective, and the Deputy Chief of Police in a real studio setting. Cuyugan also received support from the Friends of the Library to employ three interns over the summer.

The student interns chose to interview a beloved teacher, Marcia Gecht, and created an eight-minute film that captured their experiences with the oral history class and the filmmaking process.

While the grant period for the projects was completed in October 2012, the library’s relationship with the two community agencies will be sustained.

Johnson and other librarians will continue to bring literacy-based programming and the summer reading program out to Family Place, in addition to maintaining the reading collection there.

Cuyugan recently screened the student-made film at the end of November for the faculty, students, and staff at Olympic High School.

Plans are already underway to continue the program at the school and to train teachers on how to lead future classes in filmmaking and oral history.