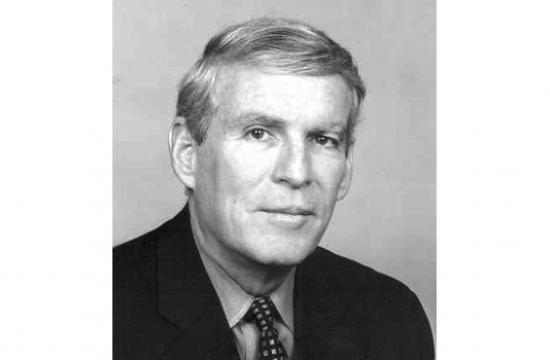 The meaning of the 2012 election results will probably be debated for months, if not years. But a few things are clear: nearly everyone agrees that President Obama’s reelection means that the Affordable Care Act – the 2010 health care law sometimes called Obamacare – will stay in place. And for people with Medicare Part D prescription drug coverage, especially those who use a lot of prescription drugs, that’s good news.

When the Medicare prescription drug program (Part D) was created in 2003, it included a large gap in coverage that’s known as the “doughnut hole.” After beneficiaries reached an “initial limit” of total drug expenses ($2,930 in 2012), they had no prescription drug coverage until they got to the other side of the doughnut hole – by spending $3,700 more out of their own pockets – and reached the “catastrophic limit” for the year.

The doughnut hole meant that nearly four million beneficiaries with significant prescription drug costs – the people who need help the most – had to pay the full cost for their medications for months at a time. Many had to choose between buying their medications and buying groceries. Others resorted to skipping doses or splitting pills. What’s more, the problem was going to get worse: The gap was going to grow to more than $6,000 by the year 2020.

The doughnut hole never made any sense as a matter of health insurance. Why would coverage stop when you needed it the most? But until the health care law was passed, nobody had done anything about it. Now, the doughnut hole is being gradually filled in. In 2012, people who entered the gap received a 50 percent discount on name-brand drugs and a 14 percent discount on generics. In 2013, those discounts increase to 52.5 percent on name-brand drugs and 21 percent on generics. The discounts will increase each year until 2020, when the gap will be completely filled.

This change is making a positive difference in people’s lives. According to the agency that runs Medicare, since the law took effect, about 5.8 million people with Medicare have gotten help with their drug costs. The total value of the help is now $5.1 billion. That’s money that’s stayed in seniors’ pockets rather than being spent at the pharmacy. As of the end of October 2012, the average savings has been $677 a person. That’s a lot of groceries – or presents for the grandkids.

There’s also some encouraging research confirming what a lot of us intuitively sense: that making prescription drugs more affordable saves money down the road by keeping people healthier. When people with diabetes get their insulin regularly, for example, they’re more likely to stay out of the hospital. Of course this is great for them; no one likes going to the hospital. But it’s good for all of us, because hospital care is expensive, and keeping people healthy and out of the hospital is one of the most obvious ways of bringing health care costs under control. Recently, the Congressional Budget Office – the green eyeshade folks who keep track of the cost of everything the government does – concluded that making prescription drugs in Medicare more affordable does, in fact, save some money later on by reducing things like hospital admissions. As a result, filling in the doughnut hole is going to cost about 40 percent less than was previously forecast. At a time of tight budgets, that’s great news for all of us.

Of course, there are things you can do to help keep your own prescription drug costs down. You should make sure you’re getting the most from your prescription drug coverage. Many plans have preferred pharmacies and mail order services that can get you better prices. Ask your doctor and pharmacist about whether generics are available for any of your name-brand medications, and take the generics whenever possible. And if you have limited income and financial resources, you might qualify for the Extra Help program that’s run through Social Security. You can find out more at the Social Security website, http://www.socialsecurity.gov/prescriptionhelp, or by calling 1.800.MEDICARE. Some states also have their own programs to help people with high drug costs.

As 2013 starts, between the fiscal mess in Washington and everything going on in our own lives, we’ve all got a list of things to be concerned about. But it’s good to know that the Part D prescription drug doughnut hole is soon going to fall off that list of concerns.

Families USA is the national organization for health care consumers.They have advocated for universal, affordable, quality health care since 1982. Ron Pollack is the Executive Director of Families USA.