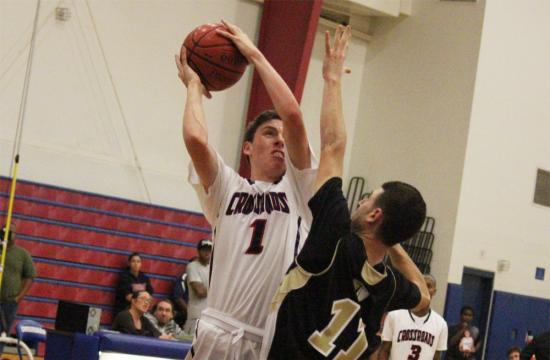 Crossroads Boys Basketball defeated Heritage Christian Tuesday in a tight game where the Roadrunners pulled ahead to win 75-71 at home Tuesday night.

The game between the Roadrunners and the Warriors was close and tied 20-20 at the end of the first quarter.

In the second quarter, Crossroads scored 22 points to the Warriors 20 points to make the game 42-40.

Third quarter also belonged to the Roadrunners and they kept the lead in a defensive battle where both teams barely cracked double digits.

The Roadrunners held on to win the game.

Next game for Crossroads is away in the Viewpoint Tournament against AGBU at 3 p.m. Tuesday, Dec. 11.

The Roadrunners will also play New Roads in the Viewpoint Tournament at 4:30 p.m. Wednesday, Dec. 12.