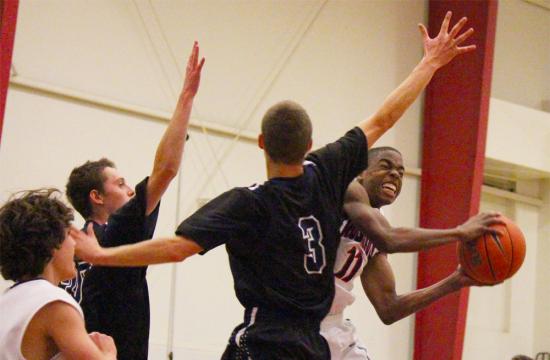 Crossroads Boys Basketball (2-1) beat New Roads (2-3) 56-43 in an intense match-up where the Roadrunners dominated the court during the entire game at home Thursday night.

The Roadrunners sprang ahead in the second quarter after Micha Stein made both free throws to make the game 19-14 after being fouled by the Jaguars.

Max Pasamonte added another basket from the outside to extend the lead 23-14 before Hall hit another shot to make the game 25-14.

In the second quarter, Jason Ball came alive driving to the basket, drawing the foul, and then converting both his free throws before time expired to put the Roadrunners up 31-19 at the half.

Next game for the Roadrunners is at home after the holidays against Kilpatrick Monday Jan. 7.