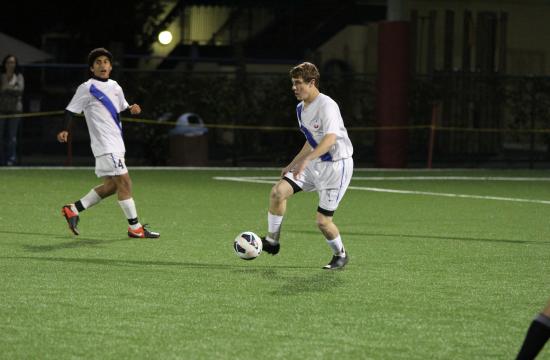 Crossroads Boys Soccer (8-1-1) won against New Roads (2-3) 8-2 with Nate Merchant of the Roadrunners scoring four goals to lead the Roadrunners against the Jaguars at home Thursday night.

Merchant scored the first three goals for Crossroads early in the game with Ezra Kagan scoring the fourth off of a penalty kick.

Merchant went on to score the fifth goal.

Crossroads Nick Santhiago scored the sixth goal followed soon after with a goal by Chip Graham.

Eli Berg-Rosenblatt scored the last goal to give the Roadrunners the win against New Roads.

Next game for the Roadrunners is away against Viewpoint Monday, Jan. 7 at 3:15 p.m.