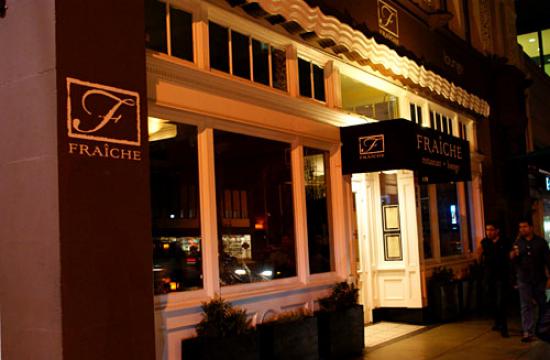 “I can confirm Fraiche SM is closed,” the email read. “Check back with me a in a January and I should have some info on new ownership.”

According to online booking reservation site Opentable.com, reservations are being accepted for Jan. 2 onwards, but no word on whether it will reopen under the same name or if a completely different concept will be unveiled.

With both restaurants in new hands, it was a short lived venture. The Culver City location at 9411 Culver City Boulevard closed earlier this year on June 23 and the Santa Monica location went on sale in early 2011.

After spending almost two years on the market, EaterLA says new owners were supposed to take over the Santa Monica location January 1, but they decided to step in sooner and close the doors on the French/Italian hybrid.