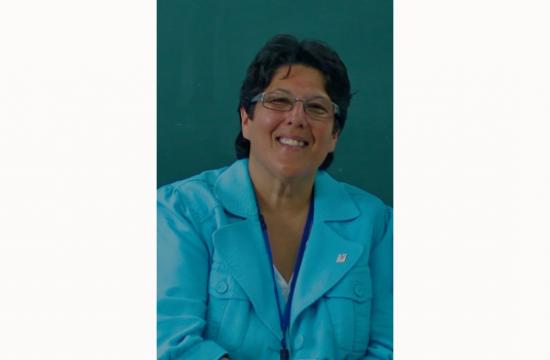 Eva Mayoral, Principal of John Adams Middle School, has been selected as the 2013 Outstanding Administrator of the Year by the California Music Educators Association (CMEA).

The CMEA is a statewide organization that is open for membership to all music educators working in public and private schools, colleges, and universities in California.

The purpose of CMEA includes supporting and improving existing music programs, and to create a greater awareness of the value of music education through partnerships with other associations and advocacy among state and local agencies.

Each year, CMEA selects key individuals in the state to honor and recognize for their steadfast commitment and prevailing contribution to the musical arts.

Through a statewide nomination process, the CMEA Executive Board unanimously selected Mayoral as its 2013 CMEA Outstanding Administrator of the Year.

She will be honored and awarded at the 2013 California All-State Music Educators Conference in Fresno in February 2013.

Mayoral’s philosophy regarding music education revolves around the core notion that music is vital to educating the “whole child.”

Music is recognized as a vibrant component of the JAMS curriculum as it gives our students a sense of belonging during their awkward adolescent years.

Mayoral understands that, for many of her students, being in the music program not only gives them a feeling of security, but they have a defined purpose for attending school.