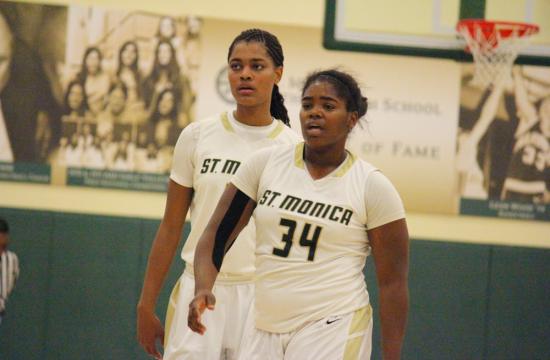 St. Monica (9-1) girls basketball won away against Louisville 59-47 Wednesday night and with the win they are the top ranked team in the first CIF Division 4-A poll.

“We had a tough battle at Louisville last night but played a very good second half,” said Skinner. “We were down eight at halftime. The pace of the game was key and we were able to really pull away in the 4th quarter.”

Melissa Maragnes and Briana Harris combined for 24 points during the second half to lead the Mariners to victory.

Liyah Lewis and Katrina Balatico each hit 3-pointers to create distance between the teams in the fourth quarter. Harris and Maragnes each had a double-double with Harris two assists away from a triple-double.

Next game for the Mariners is away against Flintridge Sacred Heart Thursday, Dec. 20 at 7 p.m.