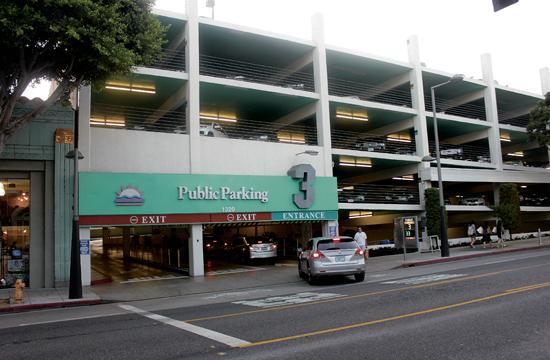 A new council was installed Tuesday night and suddenly two developments that seemed so certain of moving forward earlier this year may have significantly altered plans.

While the Dec. 11 meeting ended with a vote to rescind the adoption of an ordinance granting a development agreement to replace Village Trailer Park with a multi-use development, the Santa Monica City Council earlier directed staff to explore whether a state-of-the-art movie theater can still be built in the downtown after AMC bowed out of the negotiation process in November.

Plans had previously called for an AMC to be erected at the former site of Parking Structure 3 at 1320 4th Street.

While City staff sought the council’s blessing to solicit a company to operate a movie theater at this location, Council member Ted Winterer expressed a pair of concerns, including whether there would be a shortage of movie theater seats should future negotiations not be fruitful and whether the AMC Criterion 6 on the Third Street Promenade shuts down.

Winterer also pondered whether City Hall could contemplate building a new movie theater at another location, perhaps the City-owned Fifth and Arizona site. He said that location might be preferable to 1320 Fourth Street as it is closer to the Fifth Street exit off Interstate 10 and could activate pedestrian traffic in the immediate area.

AMC bowed out of the exclusive negotiation process about two weeks ago, ending a three-year process between the movie theater company and City Hall.

“The development team for the proposed AMC cinema on City-owned property at 1320 Fourth Street has informed staff that they will no longer pursue exclusive negotiations for cinema development on the site,” City staff said in a report to council members.

Representatives of the AMC team told City Hall the planned downtown movie theater would not meet their expectations with respect to financial return.

With the departure of AMC, City Hall will now enter into discussions and negotiations with other prospective development teams regarding the cinema opportunity at the site, as City staff hopes to bring in another cinema development that generates a sufficient financial return while meeting City objectives.

AMC already operates three theaters on Third Street Promenade but, in anticipation of opening a new facility at 1320 Fourth Street, planned to either shut down or renovate one of the cinema halls.

Staff said one movie theater on the Promenade – the Criterion 6 – may still close down despite AMC’s bowing out of the negotiation process.

“An administrative approval was granted in November 2012 that allows for the conversion of the 1,500-seat Criterion 6 to general retail use,” City staff stated. “If the approved conversion to retail ultimately occurs, it would result in a 27 percent reduction in the number of cinema seats downtown.”

The administrative approval remains in effect for one year, according to City staff.

Winterer pondered whether it would be good strategy to first determine wither the Criterion 6 will indeed be converted into other retail space in the next 12 months.

Council member Gleam Davis wondered whether any new movie theaters that may arrive in the downtown area would feature modern amenities, such as couch seating, digital projectors, and personal food service inside each auditorium.

Most of these issues and others would be contemplated further should City staff enter into negotiations with a theater operator. In the meantime, City staff was authorized by council to explore options to bring a movie theater to downtown.

AMC had planned to construct an estimated 70,0000 square foot, 2,100-plus seat movie theater on the site of Parking Structure 3.