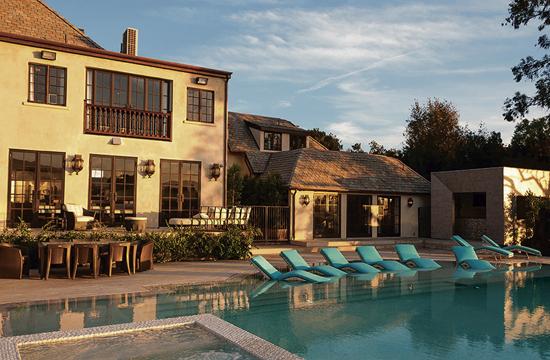 Mobile homes are not the only residential properties subject to seemingly never-ending sagas with the Santa Monica City Council. A mansion on La Mesa Drive is also struggling to move forward with new ownership as Council members decided last week it was best to postpone deciding upon a potential tax break for the new residents hoping to move into the “House of Rock.”

Council members voted Dec. 11 to table the issue in hope to resolve a few outstanding issues they had with the residence, including future use of a third floor space, pool equipment in the backyard, and the construction of a garage.

The vote to table the agenda item, which was 4-2 with one abstention; Council member Bob Holbrook abstained while Council members Ted Winterer and Kevin McKeown voted against.

Also passed was a motion to direct staff to look into developing “standards” to govern how council members consider future Mills Act requests.

A sticking point was whether the council’s request that the third floor, pool equipment, and garage construction be addressed as code enforcement or preservation.

Council member Gleam Davis said while questioning the use of a third floor space may be a code enforcement issue, the fact City Hall is negotiating an agreement to save the property owner tens of thousands of dollars means the council could require attention be given to certain upgrades irrespective of how they may be classified.

City staff added the new Mills Act contract, if approved by the council, “would result in an estimated property tax reduction of 86.6 percent.”

Under the Mills Act, a property owner may file a request for a property tax reduction if that property is deemed historic; Mills Act contracts are initially for 10 years and renew automatically each year thereafter unless a formal request is made to City Hall to end the agreement.

“The Mills Act is a state law that enables local governments to enter into contracts with owners of qualified historic properties to authorize a property tax reduction … and is an important tool for implementing the City’s Historic Preservation Element goals,” City staff stated.

A Mills Act contract offers tax breaks to property owners seeking to maintain the historic value of a home or other structure on the land. The logic: in exchange for a lesser tax, the historically preserved property will have greater value to both the owner and the City over the long run. The tax break would give the property owner an incentive to preserve its historic significance.

With respect to the home at 2009 La Mesa Drive, an architect’s report assessed the condition of the mansion and identified certain repairs to be made in order for it meet historic preservation standards.

“The subject property has been undergoing significant interior and exterior restoration and rehabilitation work since 2011, including the in-kind replacement of all stucco cladding, new roofing materials, repair of historic windows and other exterior features,” City staff added.

Council members voted 6-1 to delay the vote at their Nov. 27 meeting. However, two new members joined the dais prior to the agenda item’s return to the council Dec. 11.

Known as the Kathryn Grayson estate, the residence is currently owned by Elaine Culotti. According to a Wall Street Journal report, the “House of Rock” has been listed for $22 million.

Culotti reportedly purchased the property for $7.7 million in 2010. Recently, she had hosted a series of concerts at the mansion, which became known as “The House of Rock.”