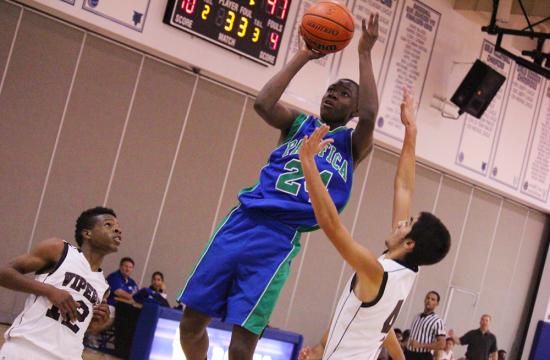 New Roads went up 12-7 in the first quarter but the Seawolves bounced back and went on a run in the second quarter scoring 17 points to the Jaguars eight and held on for the win.

Earlier in the week, the Seawolves struggled in the Milkin tournament losing three straight games.

Pacifica Christian lost 67-27 on Nov. 26 to Viewpoint but showed some great poise in a rally in their second game to the Valley Academy of Arts and Sciences (VAAS) on Nov. 27.

The Seawolves were down 29-6 in the first quarter and pulled within five points against VAAS at 49-44 with 6:52 left in the fourth quarter but lost the game to the Vipers 72-63.

According to CIF rules, tournaments do not count as wins or losses for Pacifica Christian.

Next game for the Seawolves is away against Malibu High School on Wednesday at 7 p.m.