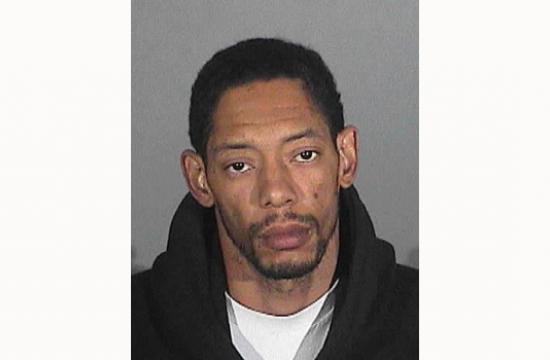 The man suspected of shooting an 18-year-old female outside of a “memorial car wash” at 1827 Pico Boulevard last Saturday evening is a Santa Monica High School alumnus who was living in Colton, approximately 57 miles east of Los Angeles in San Bernardino County.

He pleaded not guilty Tuesday to two counts of attempted murder, being a felon in possession of a firearm, and shooting at an occupied motor vehicle.

If convicted he faces a maximum sentence of life in prison.

It is alleged Thomas opened fire with a handgun and injuring the teenager who had been working a “memorial car wash” at Wicc Christian Bookstore.

At just after 5 p.m., for unknown reasons, the victim ran from the parking lot and into the intersection of Pico and 18th Street, where she flagged down a vehicle driving westbound, according to SMPD Sgt. Richard Lewis.

Immediately after getting inside the car and telling the occupants she needed to quickly leave the area, its is alleged that Thomas emerged from the sidewalk and sprayed multiple rounds into the vehicle, several striking the female victim, Lewis said.

The car with the wounded victim then sped off to safety, stopping at Lincoln and Pico where paramedics from the Santa Monica Fire Department responded to treat the woman and transported her to an area hospital, Lewis said.

Lewis said a perimeter around the 1800 block of Pico Boulevard was established and approximately one hour later, Thomas attempted to drive outside of the perimeter westbound on Delaware Avenue at 16th Street when he was stopped. He was arrested and a handgun believed to be used in the crime was also recovered.

Lewis said the female victim is expected to recover. No one else was injured during the incident.