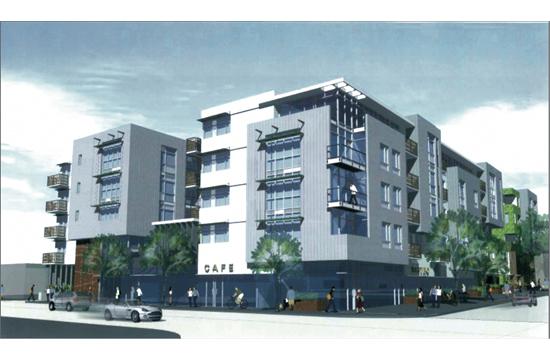 A potential policy change to slow down the processing of Development Agreement (DA) applications was tabled until Jan. 8, as the Santa Monica City Council unanimously voted it needed more time to contemplate the issue earlier this month.

Council member Bob Holbrook said he was surprised to see the policy consideration on the Dec. 11 agenda and moved to table the issue a few weeks in order to give his colleagues more time to interact more with the community and fully understand what is at stake.

There were 34 speakers scheduled to speak on the agenda item before Council members voted to table the issue into 2013.

There were 26 DAs already on file prior to the potential policy consideration being placed on the agenda. According to City staff, another seven DA applications were filed after the staff report was made available Dec. 5 to the public.

Council members Gleam Davis and Kevin McKeown pondered whether extending the agenda item into January could open the door to more individuals or groups filing a DA application to beat the deadline.

“If we do put this off for a month, we’re likely to see a lot of DA applications come in … because people will try to get in under the deadline,” Davis said.

McKeown hypothesized the number of DA applications filed with City Hall could more than double if this agenda item were held off until the council’s Jan. 8 meeting.

“One of the major thrusts of this agenda item is to inform the council and the public that the number, the volume of development applications that is before us necessitates slowing down the process,” Gould told the council. “We have no way to be able to process them as expeditiously as maybe a year ago.”

City staff wrote in a report to council members since the Land Use and Circulation Element (LUCE) was adopted in July 2010, the number of Development Agreement applications that have been submitted has outpaced expectations.

“There are three applications pending for projects in the Bergamot area, which are mixed-use developments consisting of residential, retail and creative arts space,” the City staff report said. “The remaining nine applications are for an auto dealership and mixed-use residential and neighborhood serving retail projects located along the transit corridors of the city.”

City staff added in its report to the council that resources are strapped to consider the pending DA applications. Receiving any more applications would further strain resources.

“Due to these limitations in staff and community resources, processing of the 26 pending Development Agreement applications requires a slowdown to ensure that projects are carefully considered and informed by the applicable land use policies.”

A City staff reported recommended a new six-step process for DA application, with two float-ups added to the timeline.

The new process would add ARB and Planning Commission float-ups, respectively, as the second and third steps after the community meeting. The application would stay with the Planning Commission in the fourth stage for a public hearing before heading to the council and concluding with a second look by ARB.

Another element of the proposed policy would require City Hall to seek minimum and average unit sizes during DA negotiations for multi-family residential developments.

In all, City staff stated the 26 pending DA applications propose a gross total of 3.2 million square footage of development within Santa Monica, with almost 61 percent of that space dedicated to almost 3,000 units in multi-family residential projects.

According to City staff, the pending DA applications represent a net increase of about 2.5 million built square footage in Santa Monica.