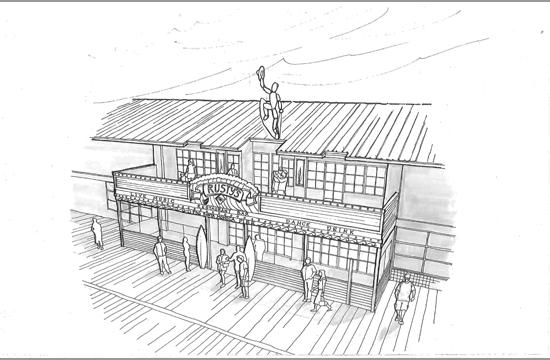 Rusty’s Surf Ranch will continue serve up food, drinks, and music on the Santa Monica Pier for a little longer, once its amended lease agreement with Santa Monica City Hall is finalized.

Council members authorized City Hall last Tuesday night to execute a 10-year lease agreement with Rusty’s, solidifying the restaurant’s continued operations on the pier, paving the way for the popular eatery to upgrade its facilities and stick around until 2024.

According to a report by City staff, Rusty’s Surf Ranch, which is operated by Hospitality Industry Management Group, would continue operation of a casual restaurant/nightclub with live music.

According to the terms of the amended lease agreement, Rusty’s would also undergo “physical and operational upgrades.”

Once the new lease is executed, it would replace the lease currently in place, which was to expire Sept. 30, 2014. With the council’s approval, City Hall expects the new lease to be executed within three months.

As part of the new lease terms, Rusty’s would be required to implement improvements to the premises that would expand customer capacity, improve operations, and enhance aesthetics.

“Proposed improvements to the front of the restaurant include a new façade, signage, and marquee with a second-level dining balcony above the ground-floor patio,” City staff said. “The rear patio would also include a second-floor dining deck to replace a large canvas awning, as well as a new patio enclosure, doors and windows. Rusty’s may also explore the possibility of a rooftop patio in lieu of the rear, second-floor dining deck.”

The Landmarks Commission would approve all proposed façade improvements.

City staff recommended the newly amended lease initially be for 10 years and immediately go into effect once signed. Rusty’s would have an option to extend the lease another five years. Rusty’s would have to spend at least $500,000 in remodeling the restaurant.

Once re-opened with its new look, Rusty’s can continue to serve burgers, sandwiches, soups, and salads. Before the council initially approved the lease terms in August, an alternate plan could have replaced Rusty’s with a restaurant serving a gastro-bistro themed menu designed by “Top Chef” master Antonia Lofaso.

A popular pier eatery, Rusty’s occupies more than 4,300 square feet of the Billiards Building. Its original lease with the City was for 20 years. If it manages to stick around for the lease term and exercise its extension option, Rusty’s would remain on the Santa Monica Pier until 2029.