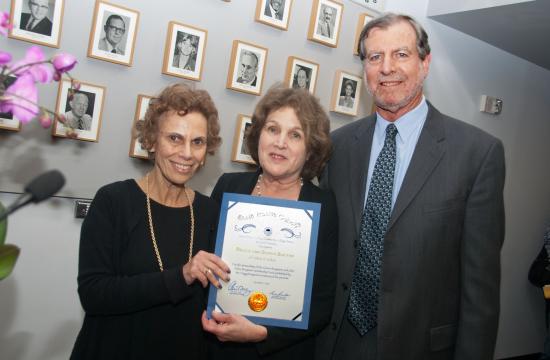 The Santa Monica College Foundation announced Tuesday it had received one of its largest ever private donations — $807,500 — from the Estate of Peggy Bergmann of Pacific Palisades.

The gift will provide more than $40,000 in annual scholarships for SMC students.

Bergmann’s gift will establish the Lenore and John Elmer Bergmann Scholarship Fund in memory of her parents.

“At a time when colleges are struggling with limited funding and course offerings, this generous gift from Ms. Bergmann provides great assistance as our students pursue their dreams,” said SMC President Dr. Chui L. Tsang.

The donation was arranged by Santa Monica attorneys Sonya and Bruce Sultan, who recommended to Bergmann that the SMC Foundation be included in her estate.

“When we learned that she wanted to make gifts to local organizations – particularly for education, youth and music – Bruce immediately thought of SMC,” said Sonya Sultan. “We really appreciate the college and the great work it’s doing in our community and beyond. We were very pleased that Ms. Bergmann wanted to include SMC.”

Bruce Sultan has served on the SMC Citizens Bond Oversight Committee since 2009 and as its chair for two years.

Foundation Executive Director Vanessa Butler said the funds will most likely be distributed in more than 40 annual scholarships of $1,000 each from the interest earned on the fund.

The Bergmann donation marks the fourth largest gift ever received by the SMC Foundation, Butler said.