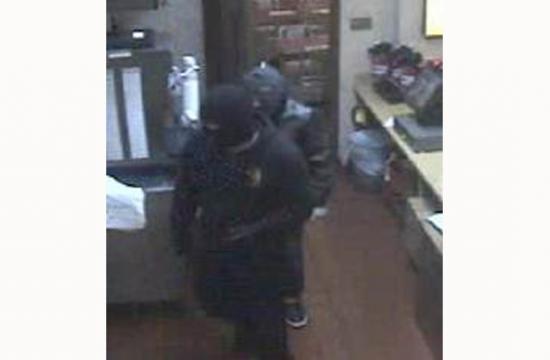 Santa Monica police are searching for three male suspects who robbed the Jack in the Box at 802 Santa Monica Boulevard at 3:55 a.m. Tuesday who forced two employees and a customer into the restaurant’s walk-in freezer at knife point.

The victims told officers the men entered the restaurant wearing ski masks; one of the suspect’s had a knife.

SMPD Sgt. Richard Lewis said the suspects ordered an employee and a customer into the restaurant’s walk-in freezer.

“After obtaining the cash, the last victim was placed into the freezer and the suspects fled the location in a gold colored suburban,” Lewis said.