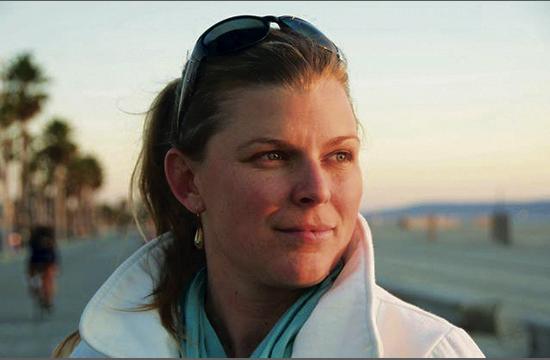 This weekend will be very special for Santa Monica resident Sara Bayles. For the 365th time, she will be taking to Santa Monica Beach to pick up some trash.

In what is a noble act of community service, Bayles has cleaned up more than 1300 pounds of trash from Santa Monica Beach since March 2009, an endeavor that has motivated others to do similar acts of good deeds around the world.

Come today, Bayles will have accomplished that goal.

“Three-and-a-half years ago I went to the beach in Santa Monica and decided to a clean up,” said Bayles, who started a blog called “The Daily Ocean” to chronicle her beach cleanup efforts.

In visiting a small portion of the beach and making an effort to keep it clean, Bayles hopes to establish a model of action for others to imitate. Though she does not go everyday as she originally hoped to, Bayles believes she is doing what she can in visiting the beach three times per week.

People have reached out to her from around the world to help out.

Others inspired by Bayles’ work extend into European countries such as Germany and Italy.

Bayles added she does not want to guilt anyone into action. Instead, she is just doing her part and hopes others will be motivated to make his or her own contributions.

“It’s already an overwhelming issue,” she said. “There is no need to lecture about it. It’s not just about the trash on the beach. It’s about lifestyle.”

To help spread the word of her service, Bayles has since spoken at schools and businesses. She also plans to take her message on a national speaking tour in 2013 and 2014.

Bayles uses more than just words or action. Photography is a big part of her message. Since starting the beach cleanups in 2009, she has taken more than 10,000 photos of her work.

“The visual is a big part of the message,” she said.

When she is not doing a beach cleanup, taking photos, or attending to speaking engagements, Bayles is helping others launch Daily Ocean blogs, each of those people inspired to make their own contributions to keeping the environs around them as clean as possible.

“If you empower one person individually but other come together, that creates a very powerful combination,” Bayles said.

Towers 26 through 28 can be found at the end of Ocean Park Boulevard in the Sunset Park section of Santa Monica, not too far from where Bayles resides. Her Daily Ocean blog has hundreds of fans on Facebook; Bayles’ Twitter page has more than 3,600 followers.

Though she will complete her goal of 365 days of beach cleanup Saturday, Bayles does not feel she has reached the end of the line.

“I started The Daily Ocean so people could come together and get inspired to help the ocean. But it is just another beginning,” she said. “It’s only 20 minutes and I’ve learned you can do a lot in 20 minutes.”

Bayles’ Daily Ocean blog can be found at www.thedailyocean.blogspot.com.