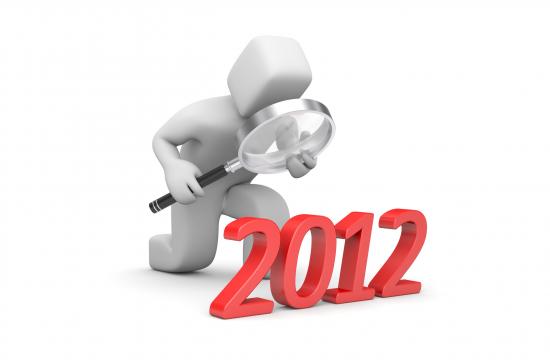 In what was at times another high-stakes, high-drama year across Santa Monica, here is The Mirror’s run-down of the top headlines from the year.

Many stories captured the attention of media outlets across the country. Among the biggest stories of the year was the May 22 killing of the three-year-old Mountain lion that was shot by police after it made its way into downtown, the April 3 pepper spraying of dozens of Santa Monica College students protesting the controversial two-tier plan to offer high-priced courses, and the June 12 banning of Nativity scenes at Palisades Park that ended the nearly 60-year Christmas tradition.

It was a big year for local politics. The Santa Monica City Council welcomed two new faces — Ted Winterer and Tony Vazquez — while incumbents Terry O’Day and Gleam Davis were elected to their first four-year terms. Mayor Richard Bloom’s political career took a leap forward after being elected to represent the 50th Assembly District in Sacramento.

There are many ongoing local issues that will continue to make headlines in 2013. These include the fate of the Chain Reaction sculpture near the Civic Auditorium, the future of Village Trailer Park after its previously green-lit Development Agreement was rescinded by the new look City Council earlier this month, and the Santa Monica Airport will remain in the spotlight as the current agreement the City holds with the FAA expires in 2015.

Development will remain an issue for residents, particularly with the Fairmont Miramar Hotel’s expansion plans and the mixed-used project at 3402 Pico Boulevard that will return before Council members next year.

Here is a look at some of the top stories from each edition of 2012. Please note that some of the stories mentioned took place up to a week before or after the publication date, depending on whether it was a recap or preview piece.

• John Pacheco officially retired from the Santa Monica Red Cross after eight years of service as its CEO.

• Santa Monica Playhouse did not reach its $15,000 fundraising goal, but enough was raised to keep operations running.

• The Mirror launched The Santa Monica Beat and moved to a new office on Ocean Park Boulevard.

• Cirque du Soleil returned to the Santa Monica Pier with its production of “Ovo.”

• Residents expressed their reservations about the universally accessible playground catering to children of all capacities at the first City Council meeting of the year.

• The Santa Monica Police Department closed its street-level substation in Park Structure 6 at 1431 Second Street in preparation for the structure’s rebuilding project.

• Only months after celebrating its 20th anniversary, acclaimed Italian restaurant Drago Santa Monica announced it would close at the end of January.

• The Planning Commission considered and discussed potential updates to the City’s zoning Ordinances of how City Hall will manage development in the short, medium, and long terms.

• After nearly eight years of service with the Santa Monica Police Department, police service dog Anton was retired from the force and sold to his handler, Sgt. Douglas Kohno, for $1.

• The St. Monica Catholic Community formally broke ground on its $27 million building project after more than four years of fundraising.

• More than 250 volunteers participated in the annual Santa Monica Homeless Count to collect data and identify the entire homeless population throughout the city, which was calculated to be 769 people (264 people on the streets, 453 in shelters and institutions, and 52 in cars/encampments).

• People hailing from local business, government, law enforcement, healthcare, and education filled the auditorium at the SGI-USA World Culture Center to take part in the 2012 State of the City.

• Two cottages on the 2500 block of Second Street in Ocean Park were determined to be City landmarks after much debate.

• Council members were presented with a status update of 20 past, present, and future projects with City staff assuring the dais that 12 of the developments already completed were in full compliance with their respective Development Agreements.

• A little flash of sadness came across Santa Monica resident Bob Burket when he heard the intersection of Robson and Marine was being resurfaced, as it meant saying goodbye to a little bit of history in the form of concrete road nearly a century old.