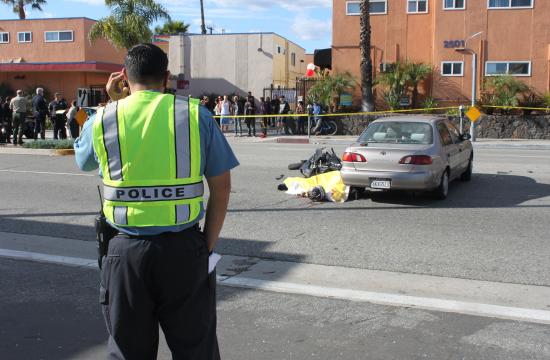 A 22-year-old male motorcyclist is dead in Santa Monica’s first fatal traffic accident of the year on Pico Boulevard at the intersection of 25th Street near Cloverfield.

He said the accident involved a motorcyclist and a driver of a silver Toyota — the motorcyclist was pronounced dead at the scene.

The driver of the Toyota is cooperating, Lewis said.

Pico Boulevard from Cloverfield to 25th Street has been closed to traffic while detectives investigate.

The victim’s name has not been released until next of kin has been notified.