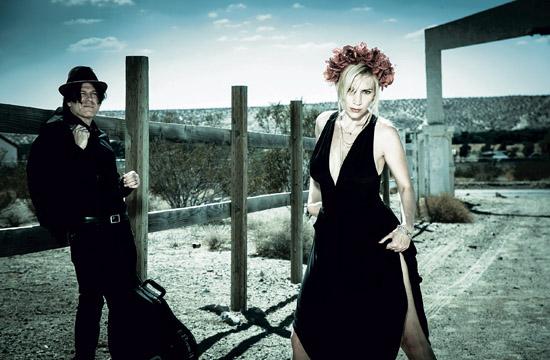 Fans of the bands 8mm and The Sister Ruby Band will have the chance to see them both at special concert at 8 p.m. this Saturday at the Dakota Lounge at 1026 Wilshire in Santa Monica.

This year entry is free (with RSVP) and any donations will benefit the organization PATH (People Assisting The Homeless).

Exley said 8mm and The Sister Ruby Band were highly acclaimed bands from Los Angeles, but they almost always play the Hollywood scene.

“8mm hasn’t played Santa Monica in years, and The Sister Ruby Band rarely plays the Westside,” Exley said. “This is also the only show that 8mm has scheduled right now, so it’s the only opportunity for their fans to see them. This is a unique event to see bands that hardly ever come to Santa Monica – especially 8mm.”

Exley said its first fundraiser show was with Alain Johannes (Queens of the Stone Age, Them Crooked Vultures, Eleven) and more than $2,000 was raised to support fellow musician Brian O’Connor (Eagles of Death Metal) in his personal fight against cancer. “Alain’s show was an emotional set at O’Brien’s on Main Street in Santa Monica,” Exley said. “We returned to O’Brien’s for our winter showcase in December of 2011, and brought along up-and-coming bands Electric Flower and Standing Shadows. This year, we’ve rented a 300-person venue and brought along the most established bands yet. Over 200 people have already reserved their free tickets.”

The Dakota Lounge has been a staple of live music in Santa Monica until it burned down in 2010.

Exley said the venue reopened this past summer, which has been completely remodeled with new equipment and a new style.

“We believe that with great bands, a great cause, and great people supporting it, we can make a positive difference in our community,” he said. “So far that has proven to be true, and now our goal is to make an even bigger impact by bringing in even more established bands and artists. This show is not only the best live music event that weekend on the Westside, it’s one of the best live music events and lineups in Los Angeles – and it’s all coming to Santa Monica.

For more information or to RSVP, visit http://rabbitsblack.com.