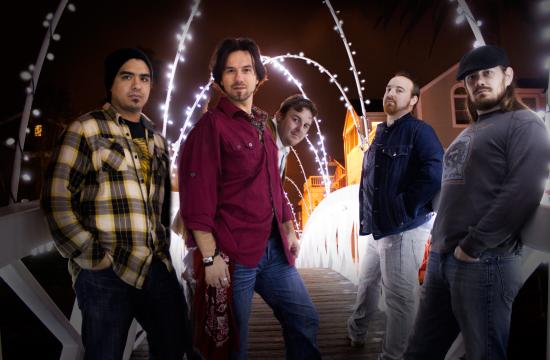 The full cover charge of $5 is being donated to local non-profits Feed Your Soul and Magic Music Foundation. Alternatively, the cover charge will be waived for anyone who brings two containers of food (such as two cans of food).

There will also be a specialty drink that will have a portion go to charity.

In the past few months, the band has played at venues such as the House of Blues Sunset Strip, House of Blues Anaheim, Rosenthal Winery, Still Water, Observatory, Detroit Bar, and many others.

Band co-founder and drummer Jon Siembieda said the owner of Harvelle’s approached them about a residency after a successful show in November.

“We decided we wanted to make the residency a food drive to help the homeless and hungry,” Siembieda said. “The owner of Harvelle’s loved this and said he’s been wanting to do something like this for a long time.”

Hunter and The Dirty Jacks comprises of Los Angeles and Orange County-area musicians that have been playing locally and regionally for more than 10 years.

Fronted by lead singer and multi-instrumentalist Hunter Ackerman, and anchored by Siembieda and Sean Soto on guitar, Aaron Barnes on bass, and Brian Lara on drums, the Dirty Jacks put forth an extremely high energy, emotionally compelling performance coupled with a rare combination of soulful originals and tasty covers.

The sound is rock and roll with a soul and blues edge, a la the Black Keys, Rolling Stones, Black Crowes, and Jet.

The band is very seasoned for all players being in the late 20s and early 30s.

Siembieda said Harvelle’s has a lot of residencies, but their show was unique in its own way.

“Sunday through Thursday night they have weekly residencies where a band plays the same night every week, and then they have a rotation of other bands on the weekends,” Siembieda said. “Their residencies traditionally do very well as Harvelle’s has a good name in the music community. We decided to make our Tuesday night residency a night to come out and listen to music, to benefit raising awareness, money, and instruments for the homeless, hungry, as well as teach homeless and foster children music. “

Siembieda said there was a lot to like about the venue.

“Harvelle’s has the Santa Monica club and one in Long Beach also,” he said. “Both are very swanky, intimate, and sleek. The sound system is fabulous. The sound guys are great. The staff treats the patrons well and the bands well. The club is know as ‘one of those clubs’ where you know good musicians play, and sometimes there could be somebody famous hanging out, or sitting in. The owner is a great guy, who, believe it or not, puts the music first. He doesn’t believe in pay to play. He doesn’t believe in putting out any band if it means they have a draw. He believes in the band being very good, and then if they are reliable and hard working, he’ll get behind them and support them and knows the show will become a success.”

Siembieda said no two weeks will ever be the same.

“We plan on several things,” he said. “ First, we will have nights where there will be special guests sitting in with us, from guitar, vocals, to harmonica, etc., and we’ll jam out a bit. We have a lot of interest from some very good musicians in the area to participate. Second, we are learning new covers and writing new originals all the time, and actually have tasked ourselves with learning a certain amount of new songs every month, plus originals. Therefore, new material will always be introduced into the sets on a regular basis. Thirdly, we are dynamic enough and have a lot of success with playing all blues gigs, and all acoustic gigs. Therefore, we will be changing it up where we might break out an all-acoustic set one night, or an all Chicago blues set, etc. We have other ideas in the works as well.”

The band will take the stage about 9 p.m. every Tuesday, and will play two 75-90 minute sets, with a short break in between.

Siembieda said he hoped people come out to the residency.

“We’re all in this together,” he said. “If people like Harvelle’s and live music and go out anyway, they should come out to this show and help the community while they’re at it. If they are looking for a new charity, check these out. If people are looking for something new to do, they should check this out. We’re just looking for people to come out, because that automatically means they are helping people.”