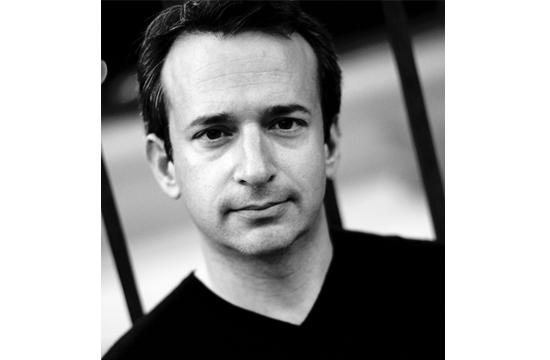 Failure is an option – that’s the mantra for Tom Rubin’s one-man comedy show that opens tonight at the Santa Monica Playhouse that pokes fun at success gurus such as Tony Robbins.

Tonight is Rubin’s first ever public performance of his show “Success Guru” that will repeat for six consecutive Friday nights at 8 p.m. through Feb. 22.

Rubin said he has done previews for private audiences and the response had been enthusiastic, so he decided it was time for the public debut.

He said he came up with the concept for the show about five years ago.

“I’ve always thought success gurus like Tony Robbins were ripe for satire, and the idea of a reverse self-help guru just hit me,” Rubin said. “I had already been performing stand-up comedy for a number of years, and when I developed the idea of a self-help expert whose mantra is ‘failure is an option,’ I thought this would make a perfect one-man comedy show.”

At first, Rubin said writing the show was a challenge, but he said he was inspired by his personal experiences. For example, he is a Harvard graduate.

“It sounds like a great achievement, but it also means spending the rest of your life trying to live up to impossible expectations,” he said. “If you don’t become a multi-millionaire or win a Nobel Prize, you feel like you’ve somehow failed. They should just pull everyone aside on the first day of school and say, ‘Congratulations, you got into Harvard. It’s all downhill from here.’ I’ve also worked for large companies and spent years practicing entertainment law. The corporate world and Hollywood are totally focused on success.”

Rubin said he was excited for the show because of the unique concept, and he said he planned to tour it nationally.

“I think I’m the only person preaching that ‘failure is an option’ in a live stage show,” he said. “The format is also unique – a comedy show in the form of a success seminar. In addition to the satire, I also blend in impressions and characters, giving the show more variety.”

He said one of his main themes was to prove using twisted logic that self-help concepts such as visualization, empowerment, bucket lists, unlocking your full potential, and positive thinking are either ineffective or completely counterproductive and cause all sorts of new problems.

He said he also explained why people would be happier if they are a masochist and demonstrate mathematically that the odds of meeting your soul mate are zero.

“Of course I’m poking fun, but there is a certain comedic logic to it,” he said. “Candidly, I was worried that the ‘failure is an option’ concept might be too negative for audiences, but reactions from the preview audiences have been just the opposite. People have actually found the show to be uplifting. I think that, deep down, everyone wants to hear that it’s okay to fail, since we all experience failure. In other words, we’re all in the same boat, so let’s laugh about it.”

The show is designed to feel like a success seminar where all audience members wear nametags.

Rubin’s performance is accompanied by a video slide presentation – and like the real success seminars, he has a recurring product upsell.

“My product is called Bullshit Jiu-jitsu and is completely phony,” he said. “There is some audience participation, but I don’t put anyone on the spot. I just want people to laugh and enjoy themselves.

“I think the best kind of comedy show not only makes you laugh but also has something to say. My goal for the show is to provide both laughter and substance. Apparently it’s working so far, because a number of people who attended the previews are telling me even months later how they’re still laughing as they remember lines from the show and how true they are. That’s very satisfying to a comedian.”

All tickets are $25. The Santa Monica Playhouse is located at 1211 4th Street, Santa Monica.