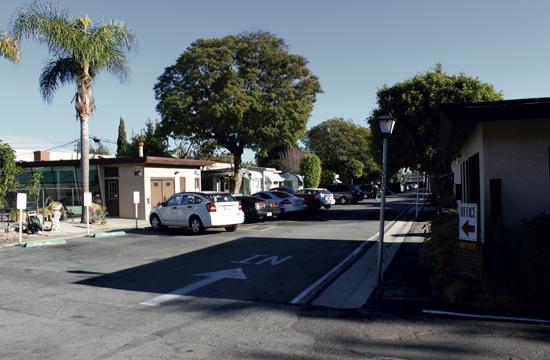 Slow growth advocates may have believed their voices were heard when the Santa Monica City Council voted to rescind a development agreement (DA) to replace the Village Trailer Park (VTP) with a mixed-used project at 2930 Colorado Avenue. That vote made in December 2012 has resulted in the owners of the VTP filing a $50 million lawsuit against the City of Santa Monica.

The legal claim comes after Council members approved the “East Village” DA in November of last year, only to have a new-look City Council rescind that vote less than one month later.

Plaintiffs reportedly contend the developers of the East Village project, which would have replaced one of Santa Monica’s oldest neighborhoods with a 377-unit mixed-used development, had a Memorandum of Understanding (MOU) with City Hall. When the current council was sworn in and voted to halt the project, the plaintiffs reportedly allege City Hall breached the legally binding MOU.

The claim also contends, according to reports and documents, the council’s vote was not in fair dealing or good faith.

According to court documents, a summons and petition was filed Jan. 7 in the Santa Monica Courthouse. The court on Jan. 14 considered and granted the developer’s filed Affidavit of Prejudice, which alleged the judge in the matter was biased or prejudiced against them.

As part of the lawsuit, the developers requested the court to shut down VTP immediately.

Last week’s court filing is the latest event in a seemingly endless battle between developers, residents, and City Hall.

The owners of VTP have sought to essentially evict the last remaining residents of the trailer in hopes to make way for a new mixed-use development. However, many of those residents claimed moving to another location would be too emotional or financially difficult.

Last November, the council finally green-lighted the mixed-use housing project helmed by developer Marc Luzzatto after two days of deliberation and discussion. The two days of deliberation and discussion capped off a six-year battle that drew the ire of those who would either be displaced by the elimination of VTP or adversely affected by potential impacts of a new development such as increased traffic.

Prior to the vote, Luzzatto made some concessions to his project, such as agreeing to reduce the overall size of the project by eight percent and feature 14 percent fewer units. The development would have retained 10 of the original trailer spaces (meaning the closure of 99 spaces). Luzzatto also agreed to modify the bedroom mix of proposed residential units.

“We have been working on this for six-and-a-half years,” Luzzatto told council members in December. “We spent months and months negotiating with the Rent Control Board, and with representatives of the City to arrive at a Memorandum of Understanding, and, in reliance of that, spent a tremendous amount of money,, in arriving at the DA that is now executed. We believe we have a binding agreement.”

Interestingly enough, Council member Kevin McKeown stated in December the vote rescinding the DA did not mean East Village was dead in the water but instead a mandate that certain issues had to be addressed in order for a new development to be built at the expense of VTP.

The City Attorney’s office was not available for comment.