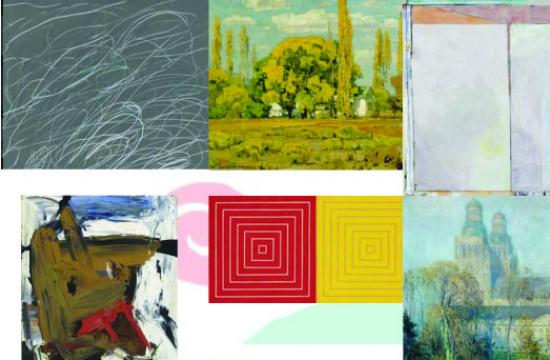 The mother and two brothers of the mastermind behind the $10 million Santa Monica home heist in September 2012 have been have charged as co-conspirators, the Los Angeles County District Attorney’s office said Friday.

As previously reported in The Mirror, Wilmer Bolosan Cadiz, 40, and Jay Jeffrey Nieto, 45, were arrested on September 26 in connection to the robbery where more than $10 million of high-end art was stolen from the home of DoubleLine Capital founder Jeffrey Gundlach earlier in the month.

Investigators initially said the robbery took place sometime between Wednesday, Sept. 12 at 3 p.m. and Friday, Sept. 14 at 8 p.m. in Gundlach’s home on the 500 block of 12th Street in Santa Monica’s north of Montana neighborhood.

The Times reports Merager, who authorities say could spend nine years behind bars if convicted, then allegedly returned hours later and stole Gundlach’s 2010 red Porsche Carrera at the behest of Nieto.

Nieto allegedly helped hide the stolen art and other items at his car audio store where he was manager — Al & Ed’s Autosound located at 30 S. Rosemead Boulevard in Pasadena.

Based on the information received, Santa Monica’s investigators, with the assistance of the Pasadena Police Department, responded to Al & Ed’s in Pasadena to serve a search warrant.

During the subsequent search, most of the paintings were recovered and one suspect was arrested for possessing stolen property.

He was identified as Nieto.

As the investigation continued, additional information was developed that led Santa Monica investigators to a residence in the City of San Gabriel.

There the investigators contacted and later arrested Cadiz for possessing stolen property; he was in possession of four of the stolen paintings. Cadiz is charged with conspiracy and receiving stolen items.

The last painting was recovered as investigators learned it had been transported to a residence in Glendale.

The arrests came just two days after Gundlach offered a reward of up to $1.5 million for the safe return of several of the most expensive pieces.

He announced a $1 million reward for the return, or information that leads to the return, of his Piet Mondrian painting if it is undamaged called “Composition A En Rouge Et Blanc.”