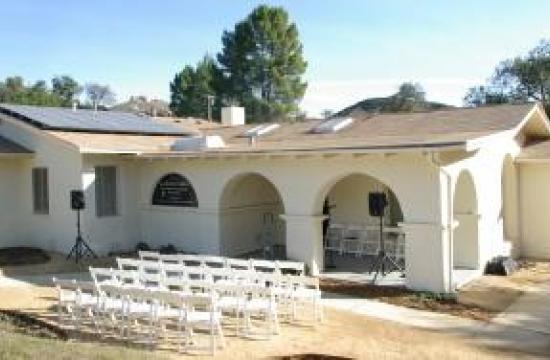 A new field station in the Santa Monica Mountains was opened Tuesday, which is a collaboration between UCLA and the National Park Service.

It will serve as a new headquarters and center of operations for the university’s La Kretz Center for California Conservation Science.

It was renovated through the generosity of philanthropist Morton La Kretz to serve as an off-campus location for meetings, small classes, workshops, overnight guests and research support.

The station forms the headquarters for the La Kretz Center’s activities with its three primary partners, the National Park Service, California State Parks, and the Mountains Recreation and Conservation Authority.

Creating the field station is a project that began three years ago when Morton La Kretz, a UCLA alumnus, provided an endowment to create the La Kretz Center.

It will encourage more people to do conservation research in the Los Angeles area, according to UCLA conservation biologist Brad Shaffer, the director of the La Kretz Center and a professor with joint appointments in the Institute of the Environment and Sustainability, and the Department of Ecology and Evolutionary Biology.

“Having a home base in the middle of the Santa Monica Mountains makes it much more attractive to do research,” Shaffer said. “For the first time, we have a building where students, researchers and our agency partners can work, brainstorm, and stay in the mountains.”

The field station will provide a welcome respite for field researchers who need 24-hour access to their study sites, said Felicia Federico, an environmental scientist and executive director of the La Kretz Center.

“Research doesn’t take place just during business hours,” Federico noted. “In addition to supporting research generally throughout the mountains, we see an exciting opportunity for the station property itself to host focused research.”