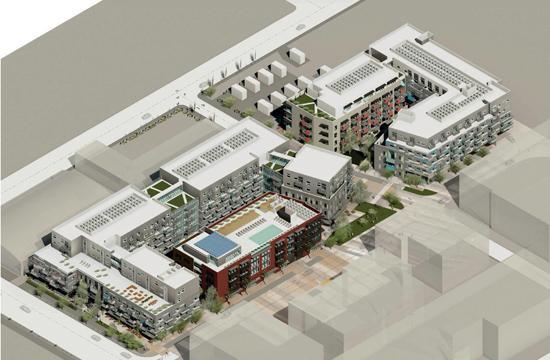 When 2012 arrived 12 months ago, a cloud of worry hung over Santa Monica City Hall as Sacramento’s plan to cut off redevelopment funding to local cities throughout the state became a reality. Many ambitious projects City Hall had hoped to execute were suddenly in jeopardy of not being realized for a lack of state-level funding.

A full year later, with several capital improvement projects and developments scaled back, a handful of new issues face the City Council that coincidentally played musical chairs less than a month ago.

As council members prepare to return to the dais on Tuesday night, a decision on these matters and many more may be impending before the arrival of spring.

The saga of Santa Monica’s Village Trailer Park (VTP) at 2930 Colorado Avenue took an unexpected turn at the final council meeting of 2012. The newly installed City Council narrowly voted Dec. 11 to rescind the second reading and adoption of a development agreement (DA).

The vote prevented City Hall from enforcing the DA that was approved on a first reading just two weeks earlier, meaning a proposed 377-unit project helmed by developer Marc Luzzatto would not replace a mobile home park and one of Santa Monica’s oldest neighborhoods.

Also known as “East Village,” the development could still be realized as the Dec. 11 vote bought the council and City staff additional time to scrutinize the project.

Council member Kevin McKeown said the intent of the vote was not to preclude any developments from being built at VTP, but rather to address specific issues and concerns, such as possible deficiencies in affordable housing and whether or not City Hall is following its own laws.

The mansion on La Mesa Drive known as “House of Rock” is also struggling to move forward with new ownership as Council members decided Dec. 11 to postpone voting upon a potential tax break that would allow the property to preserve its historic value.

A sticking point was whether the council’s request that the third floor, pool equipment, and garage construction be addressed were classified as code enforcement or preservation.

Council members will reopen a discussion on Jan. 8 to consider a potential policy change to slow down the processing of Development Agreement (DA) applications.

With a reported 26 DAs already on file prior to the potential policy consideration being placed on the agenda last month, City Manager Rod Gould said the increasing number of development applications coming into City Hall necessitates the council to urgently consider a slow down policy.

According to City staff, another seven DA applications were filed after the staff report was made available Dec. 5 to the public.

“One of the major thrusts of this agenda item is to inform the council and the public that the number, the volume of development applications that is before us necessitates slowing down the process,” Gould told the council last month. “We have no way to be able to process them as expeditiously as maybe a year ago.”

City staff stated since the Land Use and Circulation Element (LUCE) was adopted in July 2010 the number of DA applications that have been submitted has outpaced expectations.

In addition to the three docket items above, the council will still decide the fate of the Chain Reaction sculpture in front of the Santa Monica Civic Auditorium.

Other projects hanging in the balance included the fate Chez Jay and whether a new downtown movie theater will be built.

The development of Colorado Esplanade has jeopardized the future of Chez Jay, while AMC recently backed out of commitment to build a movie theater where Parking Structure 3 was previously located.