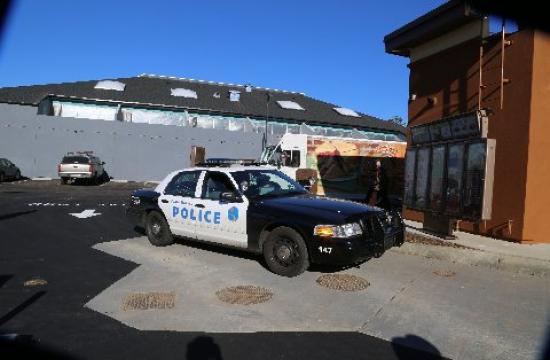 The fast food restaurant, which replaces Arby’s, opened at 10 a.m. to the public.

Dr. Tistaert said it seemed ironic that the first car through was a Santa Monica police car.

“We do not know if the officer realized he was the first through,” Dr. Tistaert said. “Jim Tidwell, the project superintendent, drove his pickup truck through as a test run to make sure everything was working and announced it was. Then the officer, not realizing it was the project superintendent on a test run that had just driven through, became the first real client. The Santa Monica police are definitely ‘on the job!'”