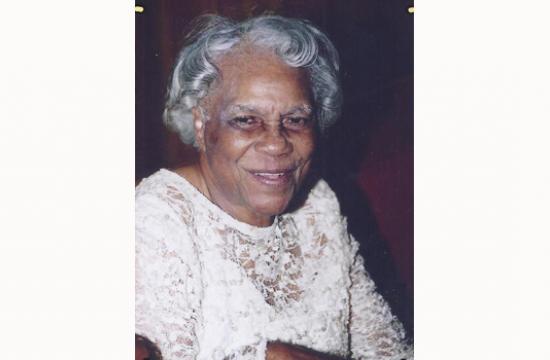 Following a brief marriage to Oscar Trives (the father of her first born Nathaniel), Lillie with her son left Birmingham and moved to Richmond, Indiana where she met and married James Bart Blakley on December 15, 1938, her beloved husband of 62 years. Benjamin was their first born, followed by Rachel, Joyce, Bart, and Carol. The family roots were started in Alabama, weaving through Indiana, Ohio, and California.

Lillie was a homemaker in Richmond, with memories of family picnics in the idyllic Glenn Miller Park and its rolling hills and trails. Her skills in the kitchen made the outings even more memorable. James drove Lillie around town in a Model T Ford. Two homes were important places in Richmond because they each resulted in the births of Benjamin and Rachel. Her sister Cora Mae met and married a minister, Bro. Dave Christmon, and that union, in large measure, led to Lillie’s lifelong fellowship with the Church of Christ.

During World War II, she supplemented the household income of James by working part-time for Glendale’s elite, as he worked in an Aircraft engine building company in Lockland, Ohio. The Buckeye state was also the birthplace of Joyce and Bart. They moved from Lockland to Glendale, Ohio, a middle class community that is today on the National Register. Living in an antebellum home on three acres of land meant fresh fruit and vegetables, chickens and pets, while still being in a suburban environment. Lillie learned about the PTA while preparing for the end of the War and a 1949 exit from Ohio, in the true Go West spirit.

Lillie, James and the children loaded into the family 1948 Ford Woody Station Wagon for the cross country trek to Santa Monica, California where the family was supported by the fact that James worked for Sidney F. Brody, developer of the first Mall in California and Lillie doubled as a house wife and part-time celebrity chef for the likes of nationally known Band Director, Nelson Riddle. Work was more plentiful, schools were great and the family was still growing with birth of Carol. After eleven years in Santa Monica where the family lived in a newly built house, it was time to explore other parts of Los Angeles County. The Family worshiped at the Santa Monica Church of Christ led by Evangelist Burl Davis, followed by O. J. Dyson.

Lillie loved large spacious houses, so the family landed on Vista Laguna in the fashionable North Westside of Pasadena. She was a pristine housekeeper, everything in place with aristocratic taste, yet with the makings of a warm and friendly home. She hosted many fine family gatherings at the Vista Laguna home particularly in the garden with its cumquats and other fruits.

She worked as a practical nurse in convalescent homes and volunteered at homes for the elderly. She defied anyone to keep up with her as she walked the streets of Pasadena at a pace that many athletes would envy. Lillie maintained the home for thirty five years before deciding to downsize because the family had all grown up and moved on with their lives. Lillie never forgot her faith and continued to worship at Lincoln Avenue Church of Christ.

Lillie stayed in Pasadena for the next eighteen years on the rim of Eaton Canyon. On December 5, 1997, her fifth child Bart predeceased her as a result of Post Traumatic Stress Syndrome resulting from his Viet Nam War service. She lost her beloved James on October 10, 2000 and the strength of a strong Christian faith stood her well as she lived alone as the matriarch of her family for the past twelve years. Although she lived alone, she enjoyed the daily companionship of her middle daughter, “Joy”, who lived next door.

Lillie leaves a legacy that will transcend the next century through her remaining children, Nathaniel (Ida), Benjamin (Dorothy), Rachel (Harvey), Joyce, Carol (Willie) and forty one, grand, great grand and great-great grand children. Her legacy also includes a host of nieces and nephews. She was predeceased by sisters and brothers: Cora Mae, James, Conzella, Henry, George and Raulen. She is survived by her brother Joseph Payne, sister Dorothy Banks and a host of nephews, nieces, cousins, countless friends and brothers and sisters-in-Christ.