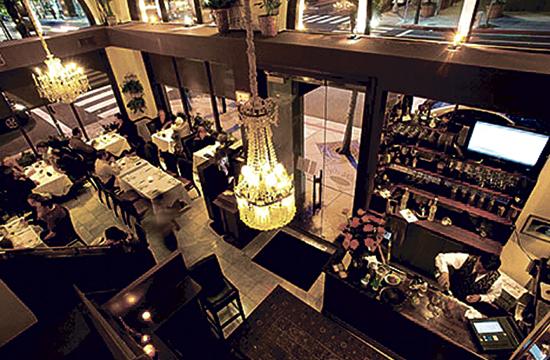 Nearly 40 Santa Monica restaurants are signed on to take part in the upcoming dineLA Restaurant Week, which will be held Jan. 21 to Feb. 1.

The twice-yearly dining event showcases specially-priced $15, $20, and $25 lunch menus and $25, $35, and $45 dinner menus from hundreds of Los Angeles county’s most compelling restaurants.

From lobster tacos and ceviche in Santa Monica one night to osso bucco and bruschetta in Downtown LA the next, dineLA’s Restaurant Week is the perfect opportunity to explore LA’s diverse neighborhoods, cuisines, and dining experiences at a great value.

For the first time ever, diners are invited to flaunt their foodie photography skills as part of the “Dine. Snap. Win.” contest on Instagram.

Patrons simply capture a picture of their favorite Restaurant Week dish and post with the hashtag #dineLA for a chance to win an exclusive dining prize.

With so many incredible dishes to choose from, the contest allows individuals to submit multiple entries from participating restaurants.

At the end of Restaurant Week, the 25 most popular eateries with dishes featured on Instagram will win 2013 Diner’s Choice Awards.

“The Instagram contest adds a new interactive layer to the program, allowing the fans themselves to tell the story of dineLA’s Restaurant Week and LA’s exciting culinary scene,” said Stacey Sun, dineLA director for the Los Angeles Tourism & Convention Board (LA Tourism). “When it comes to food, we feel a picture is worth a thousand words.”

For a full list of the more than 250 participating restaurants in the Winter 2013 program, visit www.discoverLosAngeles.com/dineLA.

• Coast at Shutters on the Beach

• Next Door by Josie

• One Pico at Shutters on the Beach

• The Dining Room at Hotel Shangri-La

• The Penthouse at The Huntley