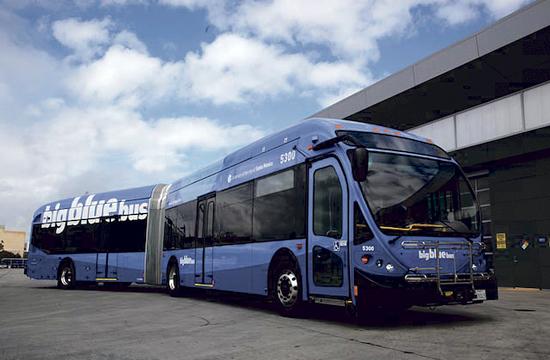 As much as $12.2 million could be made available to Santa Monica to spend on Capital Improvement Projects if City Hall’s grant applications to the Los Angeles County Metropolitan Transportation Authority (MTA) are successful.

Santa Monica’s City Council convened for the first time in 2013 last Tuesday and immediately approved as part of its consent calendar a resolution to authorize seven grant applications seeking $12,268,050 from the MTA as part of the Authority’s 2013 Call for Projects.

Most of the funds would be directed toward Expo Line projects.

Any funds awarded would be allocated for capital projects during the 2018-2019 Fiscal Year.

“Historically, the Call for Projects grant funding has provided the City with one of the best opportunities to compete for Federal, State, and County transportation funding,” a City staff report stated.

According to City staff, “a local cash match is required for all applications.”

The City staff report to council members detailed each of the seven projects it hopes will be funded.

The largest grant request is for $4.195 million and would be used to replace the nine of the City’s 40-foot LNG buses with five 60-foot alternative fuel buses.

Another $2.5 million is sought for enhancements linking the Fourth Street Expo Line Station to the Civic Center and downtown area.

“This project would fund the planning and construction of upgrades on 4th Street between Broadway and Olympic Drive to increase pedestrian/bicyclist safety, to provide access and mobility, and encourage walking and biking between the Downtown, Civic Center, and the Expo light rail station,” City staff stated.

Similarly, City Hall is requesting $2.5 million for an extension of the Expo Bike Path at Seventeenth Street and Michigan Avenue. City staff indicated the bike path would extend “south along 17th Street to Pico Boulevard and westward along Michigan Avenue to Lincoln Boulevard.”

A third Expo-related project included in the grant request is to install safety and security lighting for transit access as the Colorado and Seventeenth Street station.

“This project would increase pedestrian safety and security in accessing the Expo light rail station … with the installation of pedestrian lighting,” City staff stated.

City Hall is requesting $2 million to construct a Bike and Mobility Hub at the Expo Line’s Seventeenth Street Station, which will be complete with “secured bike parking spaces, multi-modal travel information, and self-service bicycle maintenance tools for the public.”

To help Expo riders visiting Santa Monica to get around town, City Hall seeks to add multi-modal way-finding signs. A request for $1.475 million, if funded the way-finding project would result in “two signs per relevant intersection within a minimum four block radius surrounding each of the three Expo stations” being installed. The funds would also pay for real-time parking signage informing drivers of which of the City’s parking structures have space available.

The grant applications are due to the MTA by Jan. 18; MTA will inform City Hall by Sept. 26 whether the grants have been awarded.