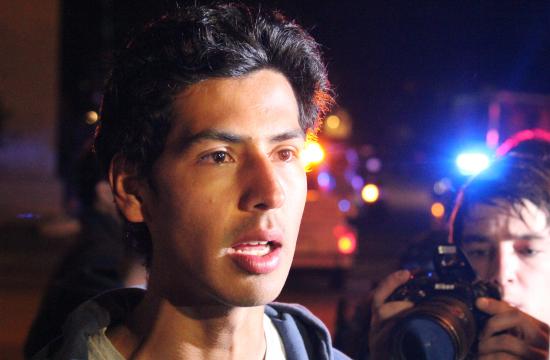 Santa Monica College will begin to implement a number of recommendations following the release of an independent report regarding the pepper spraying incident at the College’s Board of Trustees meeting on April 3, 2012.

About 30 SMC students were pepper-sprayed at the meeting as they attempted to enter the College’s board meeting that was discussing contract education that would dramatically hike fees at the college.

The report uses extensive video, interviews, surveys, and published reports to document the events before, during, and after a surge of protesters at the door of the Board Room led to physical contact with campus police personnel stationed at the door.

During the incident, one officer used pepper spray to disperse the crowd. The incident received extensive national coverage.

The report provides a series of findings and conclusions regarding pre-planning, crowd control, communications, sufficiency of personnel, behavior of protesters, the needs of the campus community to be educated on protest rights and responsibilities, and the priority use of student discipline processes to address violation of campus protest rules.

The section also includes a detailed analysis and review of force by campus police, noting that individual members of campus police acquitted themselves with commendable restraint and professionalism. Nevertheless, the report concludes that some force threatened or used by one individual officer was inappropriate.

The report concludes with thirteen recommendations regarding planning and facilitating campus speech events, training in operational and incident protocols, event procedures, a call for educating the campus community on protest rights and responsibilities, the use of student affairs staff as the primary representatives of the College with groups of student protesters, policies on pepper spray-type agents, specific crowd control policies, revised guidelines on use of batons, the engagement of the Academic Senate in conflict mediation, and the use of the student discipline process.

The Review Panel Report is available online at www2.smc.edu/review_panel_report.