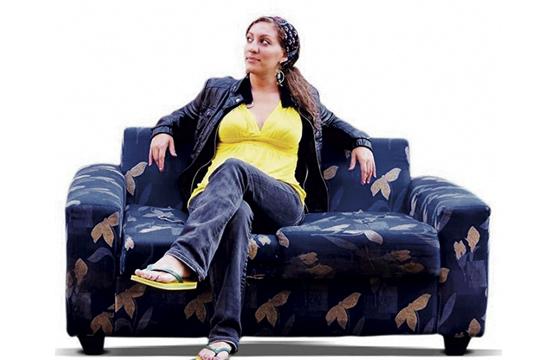 How do you travel the world for six months, visit more than 20 countries, and not spend a single penny on accommodation? Santa Monica filmmaker Jean-Michel Werk has the answer: Couchsurfing.

Werk, a 2002 Samohi graduate, is the producer of a new film called “One Couch at a Time.”

Werk said the website is a network of about five million people connecting travelers and locals around the world while being the leading site for free accommodations.

“This was a concept that I was very familiar with as I had used couchsurfing.org during my travels,” Werk said. “I had heard of people wanting to make a documentary about this, but no one was able to follow through with it. Alex was extremely organized with contacts and setting up her itinerary for six months. I liked that she was going all out and setting out for a trip of a lifetime. I also liked the fact that she was a women traveling on her own and proving to others, especially ones afraid of doing this, that women and or any solo traveler can have amazing travel experiences using the Couchsurfing website.”

Among the countries visited were Australia, Morocco, Vietnam, Cambodia, Germany, France, Belgium, South Africa, Zimbabwe, and many others.

Most of the time there was at least one crew member with Alex depending on the location and who she was traveling with at the time.

Werk said the trip ended in September 2011 with post production completed in November 2012.

He said attention had now turned to organizing screenings at major cities around the world – there is also an offer for distribution on the Video on Demand marketplace.

“There is no documentary out there showing someone on their world travels meeting and staying with locals using the power of a social network on the internet,” he said. “She traveled for six to seven months to more than 20 countries without spending a penny on accommodations. We would like people to watch because of their first reaction and impressions of Couchsurfing. Many do not understand that is a very legit and verified way to travel with a budget because of the reference system used.”

One of the first questions Alex usually gets is: are you really sleeping on someone’s couch the whole time?

“In every city I visit, the sleeping accommodations vary widely, but I know my hosts are always looking out for me,” Alex said. “I’ve slept on many beat up couches in tiny apartments but are located in the center of the action or have stunning cityscape vistas. Hell, I’ve even slept on a floor in Paris with just a pillow! But that isn’t the norm; many of the hosts can offer you your own room. I remember when I stayed in a first-class guest house in East Cape, South Africa with the Jeffrey Bay in my front yard. I’ve also slept in a remodeled 17th century ruin in the South of France and a mud hut in Botswana. I am always flexible and understanding of the sleeping arrangements.”

Alex, who is a San Francisco Indie filmmaker, said the mission page on the Couchsurfing site inspired the entire theme of the film.

“Everyone has dreams, goals, or missions, but often we let the restrictions of money, time, and fear stop us from living the life we want to,” she said. “Once you know how it works, it’s not so scary, and it’s much easier to see how a hospitality network can be so amazing. It can really change the world for the better, one couch at a time.”

A screening will be held at Bergamot Station this Saturday, Jan. 26 at the Writers Boot Camp, 2525 Michigan Ave, Building 1 at 7 p.m. Click here for tickets: http://www.inticketing.com/events/onecouchmdr.

To learn more about the film, visit www.onecouchatatime.com.