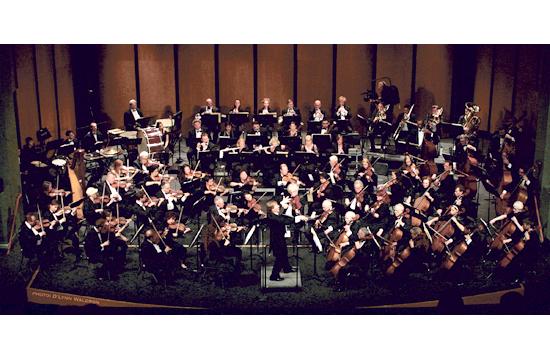 When the Santa Monica Symphony plays its second concert of the 2012-13 season this Sunday at SGI Auditorium, the spirit of the great Martin Luther King Jr. will fill the hall.

Conductor and Music Director Guido Lamell has chosen a program that both honors the late civil rights leader and celebrates the contributions of African-Americans to our country’s musical heritage.

“When I was looking for music to include in this program, I looked at what the great orchestras around the country were playing during this period,” Lamell said. “I was surprised to discover that few orchestras included music by current African-American composers.”

Lamell listened to hundreds of pieces before selecting the works of Adolphus Hailstork, a contemporary African-American composer who studied with Nadia Boulanger and is currently Composer-In-Residence at Old Dominion University in Norfolk, Virginia.

The orchestra will perform Hailstork’s “Three Spirituals for Orchestra” and “Fanfare on Amazing Grace,” both representative of Hailstork’s signature blend of symphonic and African-American traditions.

“I’m delighted to be able to introduce Adolphus Hailstork’s work to the music lovers of Santa Monica,” Lamell said.

Sunday’s program also includes a moving piece for orchestra and baritone by Lee Hoiby, an American composer known for setting poetry and various prominent texts to music. Hoiby, who died in 2011, wrote the lush and lyrical aria “I Have a Dream” using the text of Martin Luther King Jr.’s famous speech.

Lamell said the soloist, Ralph Cato, is a celebrated baritone who is much in demand and sings frequently with orchestras and opera companies around Los Angeles and beyond.

“The Hoiby piece is one I would be proud to perform on any program, but it’s especially meaningful as part of our traditional Martin Luther King Jr. Day concert,” he said. “Listening to those powerful words as the orchestra swells and dips beneath the soloist is glorious. The music really brings out the meaning in Dr. King’s words. It will be a magical way for the Santa Monica community to mark the holiday and celebrate how far we as a nation have come towards achieving Dr. King’s dream.”

“The Copland Fanfare is perhaps the greatest fanfare ever written,” Lamell said. “Its open harmonies and stunning percussion evoke impressions of freedom and power like no other. Dvorak’s “New World” has such beauty and orchestral brilliance that it is generally considered to be one of the top five most beloved and frequently performed of all symphonic works.”

Maestro Lamell has a surprise for the audience in the second movement of the Dvorak symphony. Instead of the traditional English horn solo, baritone soloist Cato will sing the famously haunting melody, with words written by Lamell.

“Many people wonder what inspired Dvorak to write this exceedingly beautiful symphony during the brief period that he lived in America,” Lamell said. “The text I’ve written for the Largo movement tries to express what Dvorak might have been feeling when that music flowed from him.”

Despite last year’s fiscal challenges and the transition involved in passing the baton to Lamell in the middle of last year, the Santa Monica Symphony received standing ovations from an audience of nearly 1,000 at its first concert in November at Santa Monica High School’s Barnum Hall.

“Our players are wonderful and are thrilled to be able to share their love of music with their community,” Lamell said. “We look forward to an exciting and memorable concert this weekend.”

The Santa Monica Symphony will play this Sunday, Jan. 20, 2013, at 3:30 p.m. at SGI Auditorium, 525 Wilshire Blvd. Admission is free. For parking and other information please see the orchestra’s website at smsymphony.org.