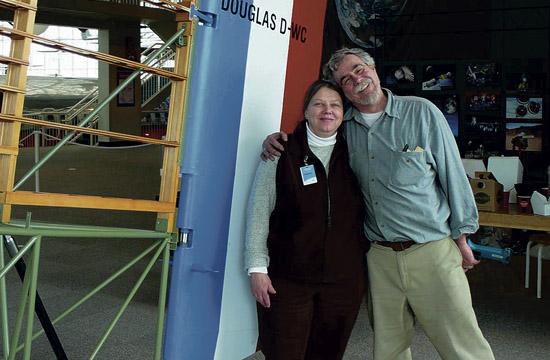 The Santa Monica Museum of Flying will host two presentations called “Douglas World Cruisers – First Around The World” this Saturday as part of its ongoing series of aviation presentations.

The presentations will be held at 11 a.m. and 1:30 p.m. at the Museum of Flying with presenter Bob Dempster – Executive Director of the Seattle World Cruiser Association.

A retired educator and record-setting pilot, Dempster is leading the ambitious project to build and fly a replica of the World Cruiser “Seattle” around the world in 2014 to commemorate the 90th anniversary of this amazing journey.

The Douglas World Cruisers were built in Santa Monica by Douglas Aircraft Company and completed the first circumnavigation of the world in 1924.

After leaving Santa Monica Airport on March 17, 1924, the four aircraft flew to the Seattle area to be fitted with pontoons for water landings.

The aircraft departed on April 6, 1924, but only two of the aircraft completed the around the world flight.

Upon their return to the United States, the aircraft eventually came back to Santa Monica Airport for a victory celebration.

The “Chicago” is housed at the National Air & Space Museum in Washington, D.C., the “New Orleans” is stored in the Museum of Flying hangar on the north side of the airport awaiting conservation.

Dempster will tell the story of the first world flight and also provide a presentation on the Seattle II World Cruiser project.

The presentation will be included with paid admission and, as always, is free to Museum members.

The Museum of Flying is located at 3100 Airport Avenue, Santa Monica.