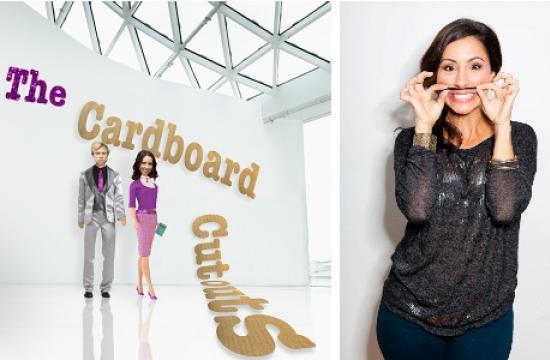 The Fireside at The Miles program in Santa Monica will tonight, Jan. 4 feature The Cardboard Cutouts, an acoustic pop/alternative band that blends catchy hooks with a stripped down vibe.

Nikki Boyer and Tommy Fields trade off lead vocals and blend together with added nuance from the cello, piano, and an accordion.

Boyer hosts the most watched show on the web, “Daytime in No Time” on Yahoo and maintains an acting career with appearances in “90210,” “Lie to Me,” “The L Word,” “According to Jim,” and “Malcolm in the Middle.” She has also starred in the films “Coyote County Loser” and “Jesus People.”

Fields is a singer / songwriter / composer who’s been getting music and songs placed on many cable and network channels from NBC to MTV. TV shows and promos that his music has been in include “Greys Anatomy,” “Castle,” “One Tree Hill,” “The Biggest Loser,” “Desperate Housewives” and many more.

Together the pair have garnered more than five million clicks on the web doing music video parodies for Sketchy on Yahoo and LOUD Channel on YouTube.

As with all evening Fireside performances, doors open at 7:15 p.m. and the performance begins at 8 p.m. Tickets are $5 for youth/seniors and $10 for adults.