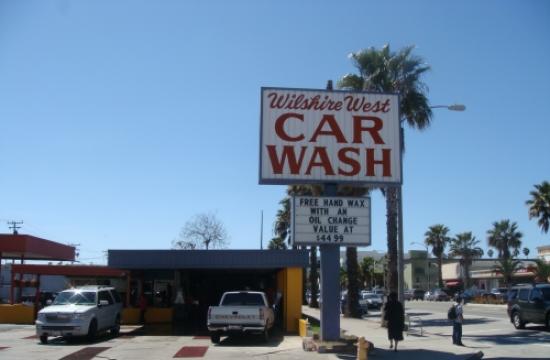 The owners and managers of Wilshire West Car Wash at 2320 Wilshire Boulevard are scheduled to be arraigned in court Feb. 26 for cheating employees out of money and labor over the past four years, the Santa Monica City Attorney’s office announced Wednesday.

The complaint, based on a joint investigation with the California Labor Commissioner, also charges the owner of the businesses, Mehdi Soroudi; general manager Gary Pendleton; and supervisors Rigoberto Torres and Remberto Viramontes.

The complaint charges that Wilshire West and its management have cheated employees out of money and labor over the past four years, in a variety of ways.

Soroudi, Pendleton, Torres, and Viramontes are charged with conspiracy to cheat employees out of their wages. The specific acts alleged against them as part of the conspiracy include:

2. Creating false time records to give the appearance that employees took meal breaks when in fact the employees were still on duty at the time;

3. Coercing employees into signing declarations which falsely stated that they had received paid breaks;

4. Forcing employees to pay a regular fee for cable television even though they were not allowed to watch television on the job;

5. Forcing employees to pay a regular fee for towel laundering;

7. Failing to give employees a paid rest period for every four hours worked, as required by law;

8. Failing to give employees a meal break for shifts of at least five hours, as required by law;

The criminal charges, all of which are misdemeanors, include:

– grand theft of money and labor by false pretenses;

– failure to give meal breaks;

– failure to give paid breaks; and

– taking back wages that have already been paid.

The case arose out of a joint investigation by Santa Monica’s Consumer Protection Unit, the California Labor Commissioner’s Office, and the U.S. Department of Labor.

The defendants will be arraigned in the Los Angeles County Superior Court, Airport courthouse, on February 26, 2013.

Each of the 11 charged offenses is a misdemeanor and carries a maximum penalty of one year in County Jail and maximum fines of between $1,000 and $10,000 per offense.

The Labor Commissioner and City Attorney’s Offices are continuing to investigate the case. Employees or other witnesses with information about Wilshire West and its labor practices should contact the City Attorney’s Consumer Protection Unit 310.458.8327.