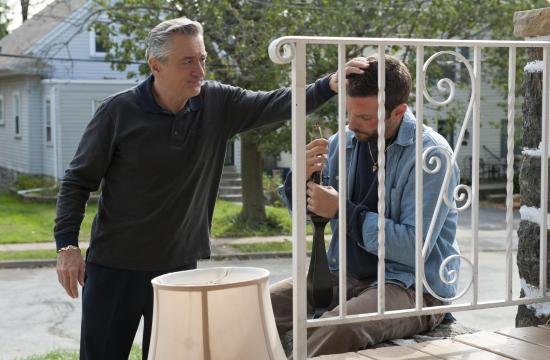 The American Cinematheque will pay tribute to actor Robert De Niro in person this afternoon as part of its “Actors Playbook” series at the Aero Theatre at 1328 Montana Avenue in Santa Monica.

The sold out event includes a 2 p.m. screening of his latest film “Silver Linings Playbook.”

A discussion will be held following the film at 4 p.m. with De Niro, moderated by film critic Pete Hammond.

“Silver Linings Playbook,” from writer-director David O. Russell, stars Bradley Cooper as Pat Solitano, a teacher trying to put his life back together after a meltdown derailed his job and marriage.

He is living with his Philadelphia Eagles-obsessed parents (Robert De Niro and Jacki Weaver) when the mysterious Tiffany (Jennifer Lawrence) enters his life.

The young woman could be the key to reconciliation between Pat and his wife — but she wants something in return.