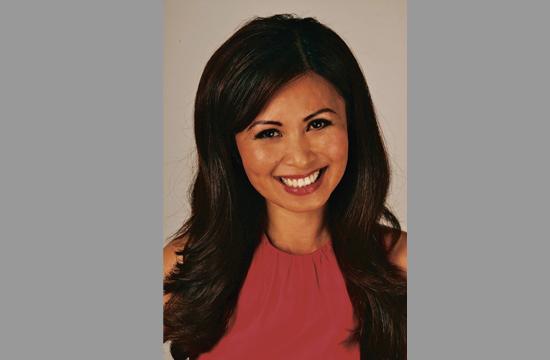 The Anti-Defamation League (ADL) will honor a Santa Monica woman next month for her work in founding three companies.

As CEO and Founder of Citrus Studios, Inc., and The Waxing Company developer of Luxe Link, Kalika Nacion Yap of Santa Monica is one of three women to be recognized at ADL’s 19th Annual Deborah Awards dinner and gala. The event will be held March 6 at the SLS Hotel in Beverly Hills.

Though she currently lives in Santa Monica, Yap’s roots go beyond the edges of Palisades Park and all the way west to Honolulu. Moving to New York to attend NYU, Yap had worked for Bloomberg and CNBC before moving to Southern California in 1996.

Two years later, she founded Citrus Studios, which is an interactive design and consulting firm that helps develop website for corporations, institutions, museums, and universities.

“While on a trip to the Amalfi Coast, my husband and I ran into a solid, bulky hook that hung a handbag off the side of a table. It was my “wow” moment when I thought we could make this functional hook, chic and fashionable item that every woman in the world needed to have,” Yap explained to The Mirror about how she came up with the idea.

Four years ago, Yap launched The Waxing Company, a high-end waxing service in Honolulu. According to Yap, it was the first-ever dedicated waxing salon in all of Hawai’i.

“Being a serial entrepreneur myself, I know how difficult it is to start and run businesses,” Yap said. “I receive great pride and joy when our websites help our clients meet and oftentimes exceed their goals. It’s my hope that our custom websites have inspired our clients to dream big in their own business.”

According to ADL, the Deborah Awards are presented annually “to outstanding women whose leadership in their professions and civic contributions exemplify the qualities and ideals of the Anti-Defamation League.”

The ADL stated that the Deborah Award “is named for the prophetess Deborah, who is noted for her courage, wisdom and leadership.”

“I am thrilled to help my community as ambassador for the ADL Cyber Ally Programs. It is a program that discourages cyber bullying through family, student and teacher workshops and education as part of the ADL’s Anti-Bias initiatives,” Yap said. “I look forward to continuing to help the ADL’s mission and utilize my 15-plus years experience working with the web and social media in all forms to stop cyber bullying.”

Actress and musician Janina Gavankar, who has starred in television programs such as “True Blood” and “The League,” will serve as the gala’s emcee. Robin Gerber Carnesale, Renee White Fraser, and Sharyn Nichols are the event’s co-chairs.

Reservations are required to attend the gala and tickets are $400 each. For more information, contact the ADL at 310.446.4267 or visit www.adl.org/2013deborahawards.

The ADL is celebrating its centennial this year.