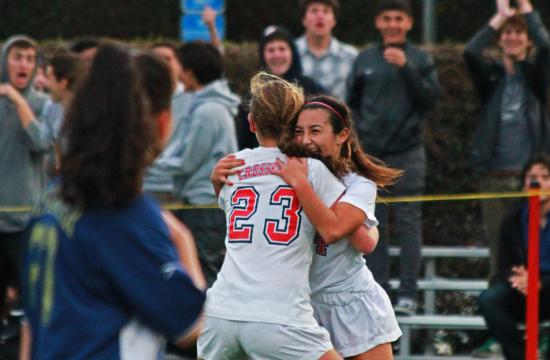 With the win, the Roadrunners advance to the CIF Southern Section Quarterfinals.

“Today’s game was very important and we played very well,” said Racca.  “Most of the opportunities that were created were because of our possession of the ball.  Our style of play is keeping the ball on the ground, finding the spaces, and playing like that.”

Hernandez is a dual-sport athlete at Crossroads High School who just signed her letter of intent last week, and will attend Rice University next Fall on a full athletic scholarship.

“I started soccer late due to Cross Country since we went all the way to state,” said Hernandez.  “But as soon as I came in, it was great.  The girls were welcoming and we were doing so well and continued to get better and I’m really proud of the team for that.”

Next game for Crossroads is away against Arroyo High School Thursday afternoon with the time TBA.