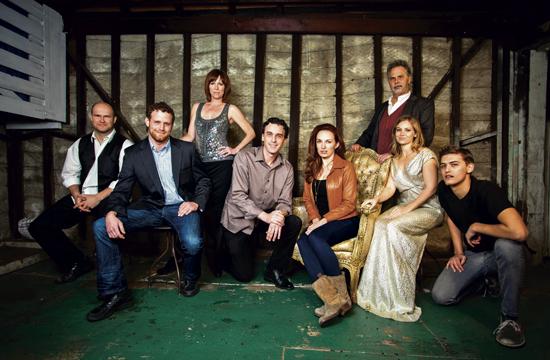 City Shakespeare Company (City Shakes) will collaborate with James Gray Gallery at Bergamot Station in Santa Monica this Valentine’s Day to present a one-night-only free performance of Shakespeare’s comedy “Taming of the Shrew.”

“It’s an evening of music, fine art, and great theater,” said Volk, who plays Kate in the production. “Oh, and wine and cupcakes, of course. After all, it is Valentine’s Day.”

Bishop said she believes strongly in the power of community.

“Knowing theater to be in a losing competition with film due to high-ticket prices, we will never charge more than the price of a movie ticket for our events, and often times our events are completely free to the public,” Bishop said.

Despite her age, Bishop is no stranger to directing and producing Shakespeare.

She founded Shakespeare on the Quad in Amherst, Massachusetts, where audience members could enjoy performances for free, and recently assistant directed at Cal Shakes in Northern California.

Volk recently acted in and produced the short film “Last Ditch Therapy,” which won the California Film Award and premiered at the Budapest International Film Festival in 2012.

Admission is free, but seating is limited and reservations are strongly suggested.

For more information and to reserve seats, visit www.cityshakes.org.