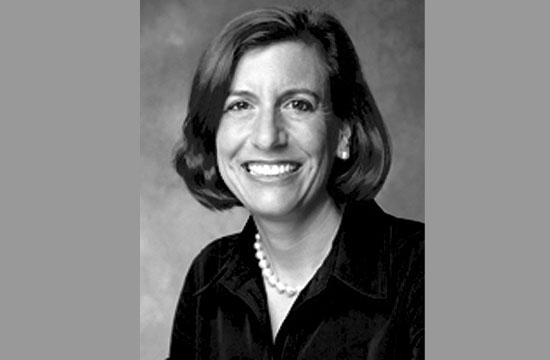 Bettina Duval started The CALIFORNIA LIST (californialist.org) in April 2002. Her mission: to create opportunities for women to run for public office and the election of pro-choice, democratic women to the California State Senate, Assembly, and Executive Branch.

“I started The LIST because it was a way for me to meld together my experience and my passion. I’m proud and honored to be as involved as I have been,” said Duval.

“In California we think we’re ahead of the game because we have representing us three very powerful women in national public office. Senator Feinstein, Senator Boxer and Congresswoman Pelosi. The role of The CALIFORNIA LIST is to help create the pipeline for our next generation of women leaders. Attorney General Kamala Harris is a rising star in California political life. Debra Bowen, Julia Brownley, Karen Bass, and Judy Chu are wonderful examples of women holding public office. Early in their political careers The CALIFORNIA LIST encouraged and supported these office holders.

“Thankfully public perspective has changed during my growing up years and now most Americans have favorable views of women who run for office and there is a continually increasing expression of a comfort level with women holding public office.”

Duval credits the 1972 Title IX Act, “a watershed moment for women as changing higher education in the United States and, under the laws of unintended consequences, also contributing to broader, societal changes in the perception of women in public life.”

Duval was raised by a strong, independent and loving single mom and loving grandparents. They were a family of four and lived in Davis, CA. Duval went to Berkeley for college. She studied rhetoric and considered becoming a lawyer. At Berkeley she ran for student government and lost but that got her the position of Commissioner for Student Elections.

She was introduced to the League of Women Voters when she needed to bring in credible outside monitors for the student elections. Her introduction to legislative politics had started earlier, at Davis Senior High School, where she was on student government and the first student representative to sit on the Davis Board of Education. When she graduated from Davis Senior High School she received the Gordon H. True Cup, a coveted award for service to the school.

Duval recounts an early ‘aha’ moment when she was an intern for then State Assemblyman Vic Fazio and Senator John Dunlap and was sent to Sacramento on a work errand.

“In 1978 I was in the galley at the State Capitol and looked down at the floor,” she said. “It seemed to be all men. No, there were 38 men and two women. It made an impression on me and was a catalyst for my future work.”

Duval has a list of accomplishments on her path to starting her own organization in support of electing women to public office. After graduating from Berkeley she moved to D.C. to work at the law firm of Covington and Burlington. It was there she realized she didn’t want to pursue a career in law. One of the partners was part of the Mondale/Ferraro campaign and she went to work for them as an advance person.

That brought her to San Francisco where she met Glenn Duval. They married in 1985. He is part of a family owned Cable Television Company in LA and that helped them to decide to move to the Hollywood Hills after their marriage. Duval became active in the Junior League of Los Angeles in 1986 eventually becoming League President. Her position required her to be out in the community essentially full time and was a great introduction to Southern California for her.

In 1990 they decided to move to Santa Monica, which they saw as “a great community and a wonderful place to raise our children.”

“My husband is a Republican and that makes for lively dinner table conversations,” she said. “Those conversations, along with my work, spiked the interest of our children. Our oldest son formed his own political party at UCSB, “Better Our School System” (BOSS), our eldest daughter has been part of Student Government at Johns Hopkins, another daughter is at Berkeley and is on the crew team, and our youngest is applying to Boys State. All are very politically aware and understand that political decisions impact them as individuals as well as impacting the world they live in.”

In Santa Monica, Duval became active in local campaigns, another major catalyst for her. She then decided to go to work as the Southern California Director for Emily’s list. It was 2002 and there were 34 women elected to state public office, 24 in the State Assembly and 10 in the State Senate.

Now, as the President of The CALFORNIA LIST, Duval continues to look for ways to support women running for public office.

“What’s happening with women, I think, is that they are not running for office in the numbers they could be and so we are actively seeking to understand how to help women decide to run for office,” she said. “We also continue working with the women who have run for office, whether they won or lost. We are looking at new ways of fundraising. And, of course, the Internet has allowed us to change and grow in wonderful ways.”

Bettina Duval ended our interview saying, “It is wonderful when you are supporting a great candidate. There is something very wonderful about watching the achievements and contributions of the women I’ve helped to win elective office and I’m excited about continuing this work.”