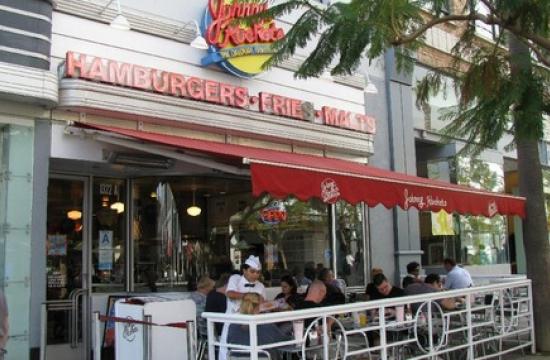 The patriotic holiday event will take place from 4pm to 6pm at the restaurant, located at 1322 Third Street Promenade.

Kostylo is a multiple award-winning Madonnari (street painting artist) who travels throughout North America participating as a chalk artist in festivals.

She was part of a five-artist U.S. delegation that introduced the art of street painting to launch the Beijing Olympics.

Givot is a cinematographer and photographer whose time-lapse work has been featured on NBC and in many films.

Most recently, it was utilized in the arrival of the space shuttle Endeavour in Los Angeles.