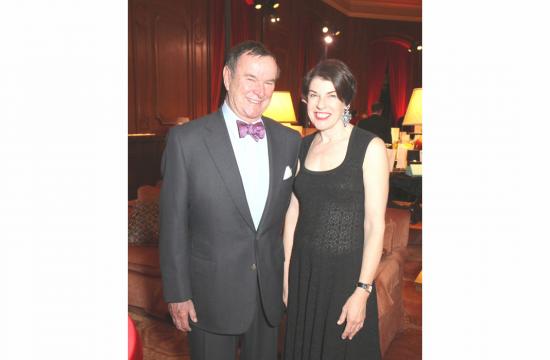 Love was definitely in the air when the Los Angeles Chamber Orchestra (LACO) honored the generosity and dedication of long-time supporters Jennifer and Royce Diener and David K. and Kay Duke Ingalls at its annual gala, “Taking a Chance On Love,” chaired by Carol and Warner Henry, on February 2, at The California Club in downtown Los Angeles.

Both currently serve on LACO’s newly established Emeritus Board of Directors and were instrumental in establishing the Orchestra as a premier cultural institution of Los Angeles.

The evening’s theme was a nod to the era of George Gershwin and Ballets Russes composer Vladimir Dukelsky – better known as Vernon Duke – whose enchanting tunes are at the heart of the Great American Songbook.