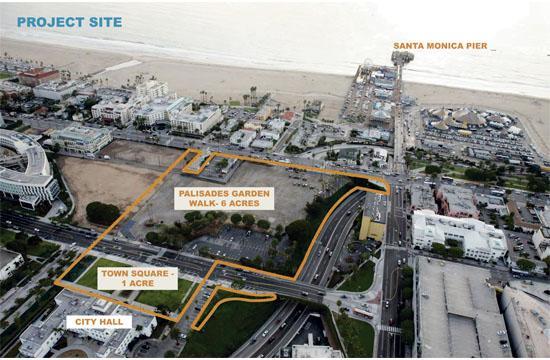 City staff presented the names to 550 members of the community. According to staff, the public outreaches “did not reveal a single clear preference for a name.” With a lack of consensus, City staff recommended the council retain the Palisades Garden Walk name.

In all, there were 166 name suggestions.

However, during council discussion, Council member Gleam Davis said choosing the name Tongva Park would make the recreation area more than just a place to visit, but also an opportunity to learn more about Santa Monica’s history.

A six-acre park abutted by Ocean Avenue on one side and Main Street on the other, Tongva Park is currently under construction. According to City Hall, Tongva Park would be complete as early as Summer 2013.

When the previous council initially approved the project, it carried a price tag of $46.1 million. However, with the loss of redevelopment, Council members had contemplated how to lower the cost.

The Tongva people lived in the Santa Monica area hundreds of years ago, well before the first non-indigenous inhabitants occupied the area about 250 years ago. According to the City staff report, about 1,500 people currently identify themselves as Tongva. The report also stated they were a sea faring people and several Southern California communities carry a Tongva name, including Azusa, Cahuenga Pass, Pacoima, Rancho Cucamonga, Topanga, and Tujunga.