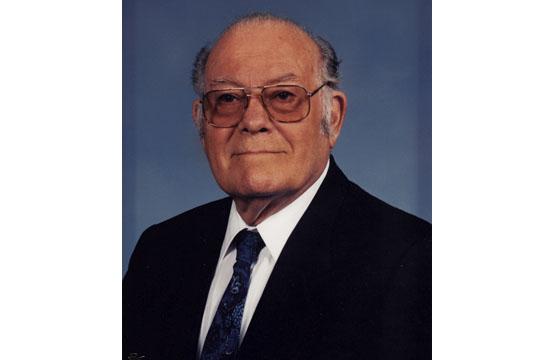 Leo Bourget, a former Santa Monica businessman and Pacific Palisades resident, passed away February 5, 2013 at the age of 87.

He was born in Santa Monica, California, on August 10, 1925 to August and Celina Bourget.

Leo grew up learning the values of family, faith, and hard work. Starting at the age of 7 he sold newspapers on the sidewalks of Santa Monica. His father would take his daily earnings to help support the family, and he would receive a $0.25 allowance every weekend to go to the movies and buy popcorn and candy.

Leo did not graduate from high school, as he enlisted in the Navy at 17 years of age to support the U.S. efforts in World War II.

At the end of the war his ship was stationed in Port Angeles, where he met his wife of 68 years, Marjorie Shamp, on a blind date. After World War II he worked at Rayonier Mill and picked strawberries to support his family. Within five years – and four children later – Leo and Marge moved to Santa Monica, where he started a business with his brothers.

Although Leo had only a seventh grade education he helped build a multi-million dollar company. Bourget Bros. Building Materials was established in 1947 after brothers Henry, Lawrence and Leo Bourget bought a concrete manufacturing plant and opened Bourget Concrete Products Co. with an initial investment of $300 for a resale permit, business license and rental on a small store.

It was just after World War II, and the brothers saw a tremendous demand for concrete blocks. Spurred by the post-war construction boom, the business grew. In 1950, the brothers stopped manufacturing masonry units and expanded their product line to include natural building stone, plumbing, masonry, landscaping supplies, bricks, tools and hardware. This expansion resulted in a complete building materials supply establishment and prompted a new company name, Bourget Bros. Building Materials. When Bourget Bros. bought an existing stone company in West L.A. (Coast Flagstone Co.), it was Leo who was dispatched to the location to build up the business. Eventually that business, now thriving, was moved to Santa Monica and was renamed Bourget Flagstone Co.

At the age of 35, Leo decided that he needed his high school diploma, as he was demanding all his children graduate from high school. He worked an average of twelve hours a day and went to school at night in order to graduate.

Leo was a rare individual who could relate to poor, sick, famous, blue and white collar, all races alike. It was often said of him “he is my favorite!”

Leo loved his family deeply and was always there for them, to protect and support them.

Leo’s loves were his wife, Marge, family, God, fishing, golf, rummy cubes, stone cutting and laying stone, cards, horseshoes, his country and, of course, chardonnay.  While living in Pacific Palisades, Leo and Marge were very involved with the Lutheran Church. Leo retired to Port Angeles in the late 1990’s.

He touched the hearts of everyone who met him.

Leo was preceded in passing by his son, Vaughn; daughter, Lorraine.

He will be waiting for his wife, Marjorie, daughters, Sharon and Annette; sons, Dennis, Larry, and Jim; daughters-in-law Diane, Belen, and Theresa; brothers Leonard and John; sixteen grandchildren; and twenty-three great-grandchildren.

In lieu of flowers, the family has requested that donations be sent to Port Angeles Food Bank, P.O. Box 1885, Port Angeles, WA 98362.