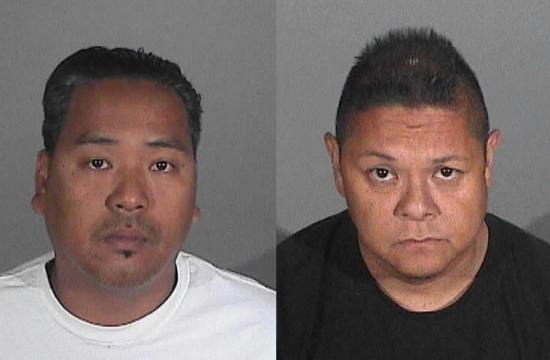 A preliminary hearing is expected to continue today for two of the suspects charged with stealing millions of dollars worth of paintings, wine, jewelry, and a 2010 red Porsche Carrera from DoubleLine Capital founder Jeffrey Gundlach’s Santa Monica home in September last year.

Los Angeles County prosecutors have charged Merager, 43, for allegedly breaking into Gundlach’s home between Sept. 12 and Sept. 13, 2012, and stealing items worth at least $3.2 million.

Arrests began on September 26, 2012 in connection to the robbery after Santa Monica police investigators, with the assistance of the Pasadena Police Department, responded to Al & Ed’s in Pasadena where Nieto was manager to serve a search warrant. Most of the paintings were recovered at this location.

Investigators also arrested Wilmer Bolosan Cadiz for possessing stolen property; he was in possession of four of the stolen paintings. Cadiz is charged with conspiracy and receiving stolen items.