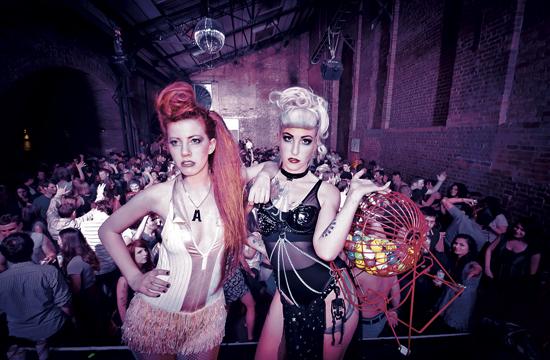 A mutant form of bingo accidentally invented one drunken night by a couple of lads in London three years ago comes to Zanzibar in Santa Monica this weekend.

Founder James Hurst said it’s not like the traditional form of the game.

“It’s kind of like a huge party, with a loud, emotional live game show in it where we play a mutant form of bingo,” Hurst said. “It’s a bit like going to see a band, but we play Rebel Bingo instead. It’s also a bit like a religious cult, but with fewer rules.”

He said the concept was created for one simple reason: to have fun.

“That’s the idea really,” he said. “That’s why we do it. It’s an attack of the senses. It’s tense. It makes you feel good. It’s lots of things to lots of people. If you like any of the following you might like it: laughing, screaming, dancing, drinking, playing, winning stuff, or feeling part of something you believe in.”

This is the second time Hurst and his team have held Rebel Bingo in Santa Monica.

The first was at Central Social Aid and Pleasure Club, but its popularity prompted the move to Zanzibar, which is a bigger venue.

Hurst said he and a couple of friends invented Rebel Bingo by accident when they were drunk in the basement of a church hall in London one night.

“It was like a silly little secret club at first, but then we turned it into a show and invited our friends, then loads of people started coming,” he said. “Then people started asking us to go to other cities, so we did. We’re not quite sure how, but it suddenly became a global revolution. It’s been a mad couple of years.”

He said the show has evolved since its inception.

When asked what traditional bingo players think of the game, Hurst joked that most don’t like the concept.

“They think we are desecrating their game,” he said. “We’re just trying to have fun. They are mean. We should not be afraid. But if you’re coming it’s probably best not to tell your grandma. She might not approve and start lecturing you about how you’re ‘going off the rails’ and how ‘that’s an evil cult and they don’t even play real bingo and they will take you away from us.’”